Our past: Circuit rider's adventure 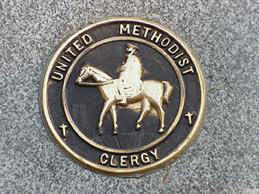 A goodly number of Cannon Courier readers are still interested in the goings on during the Civil War.

Readers who have had their share of adventures on the way Woodbury can relate to this item:

January 27, 1863 - A Methodist circuit rider's encounter with a Confederate picket on the road to Woodbury

Tuesday, Jan. 27th: Owing to the inclemency of the weather, from snow, I have not attended my appointment today. We are having another considerable snow, to-day. In my travels this afternoon, I met with several picket guards, as there are Confederate troops in the country. The first guard I came to, was an Irishman on the Woodbury road some two and a-half miles from Alexandria.

At length I thought I would enter into a rather social conversation with him, remarking that he had a rite cold spell of weather (ground then covered with snow) on him, when he replied he could not help it, and that no man could pass there with a "pass." I could not approach him, it seemed, by any means.

At length a fellow-soldier of his, who was in a house, nearby, came out and told him to let me pass in, that citizens should go in, but not out, without a "pass." Then he passed me.

From that point about two miles I passed six picket posts, the first and last being filled by Irish men. I found it not difficult to pass any post except those filled by Irish Men. And by neither of these could I pass without assistance by others.

I learned this fact, from experience, this evening: that there was a vast difference between the native American and the Irish in the consideration of circumstances. With but little difficulty I could reason my natives into a permission to pass, and even those who were not on picket duty would volunteer their services and assist me at any point; but by no post filled by an Irish Man, could I pass, without assistance, and even then, 'twas done hesitatingly.

And I am satisfied that an Irish man makes a good picket guard, provided they are all like this two. . .

So if you want to do a little Civil War research of your own, check out: http://tennessee.civilwarsourcebook.com