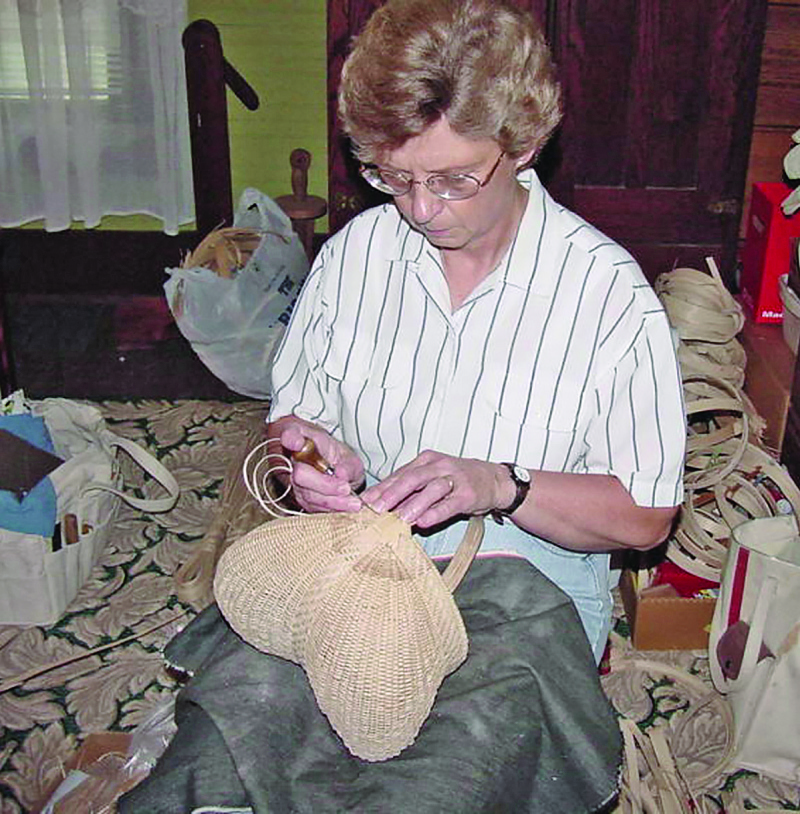 A master and apprentice team from the Tennessee Arts Commission's Tennessee Traditional Arts Apprenticeship Program will be demonstrating white oak basketmaking in Woodbury on Saturday, April 15 from 10 a.m. to 4 p.m.

Master white oak basketmaker Sue Williams of Morrison and her apprentice Brenda Kucharski have been invited to display and demonstrate their rare and endangered folk craft at the Arts Center of Cannon County.

Cannon and Warren Counties are considered by many folklorists to be the epicenter of this once ubiquitous local traditional art form.

Williams and Kucharski will be demonstrating in the lobby, accompanied by a powerpoint of their work together and a display of the baskets they have made during the apprenticeship. Attendance to this special Tennessee Folklife demonstration is free and open to the public.

Williams and Kucharski are one of eight teams funded by the Tennessee Arts Commission's Folklife Program to pass down rare and endangered traditional art forms and skills through this year's inaugural Tennessee Traditional Arts Apprenticeship Program.

Williams learned her art from legendary Cannon County basketmakers Estel and Gertie Youngblood and Mary Jane Prater starting in 1985. She has avidly taught, promoted and sharpened her skills in her chosen craft over the years.

Williams is now tutoring her gifted apprentice, Brenda Kucharski. Already a talented basket weaver in her own right, Kucharski did not know how to select and break down a white oak pole to prepare her own materials, nor was she familiar with the Cannon County Tie, until this apprenticeship with Williams.

Documentary photographs featuring this team's work together, as well as displays of their baskets, will be included among photographs and artifacts from the other seven teams at the Traditional Arts Apprenticeship Program Exhibition, Tennessee Arts Commission's Gallery, May 19 to July 14, 2017, in Nashville.

The Arts Center is located on 1424 John Bragg Highway, just west of the town of Woodbury, approximately 20 minutes from Murfreesboro, Manchester, and McMinnville and one hour southeast of Nashville. Office hours are 10:00a.m. to 4:00p.m., Tuesday through Saturday. For more information call 615-563-2787 or check our website at www.artscenterofcc.com