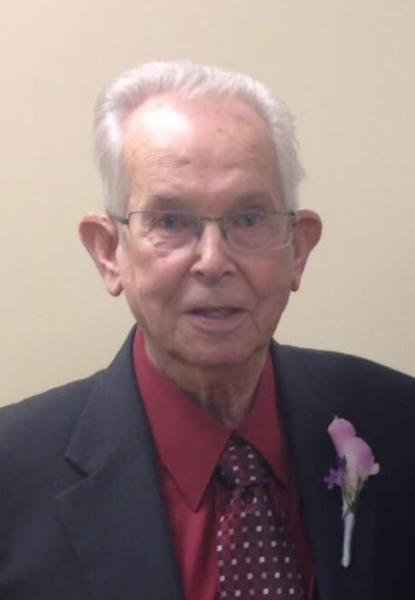 Richard Carl Haley, 86, passed away Monday, October 11, 2021, at his home in Woodbury. He was born in Rutherford Co. to his parents, the late J. Carl & Beatrice Anderson Haley.

In addition to his parents, he was preceded in death by his wife who passed August 23, 2021, Sara Elizabeth Haley; son, Barry Haley; brother, John William Haley and several aunts, uncles and cousins.

Mr. Haley retired from General Electric for over 30 years.

He was saved as a teenager and became a member of the Dillon Street Church in 1956. It was 1959 before he became regular in services and he soon became a bible teacher, song leader, Sunday school superintendent and in September of 1960 was ordained as a deacon. Then in December of 1978 he was ordained as minister. Richard went to pastor the Sink Creek Baptist church in Dekalb Co. in September 1983 and moved to pastor the Sunny Hills Baptist church in the fall of 1988 where he stayed until he retired in 2010. He is still recognized as pastor emeritus of the Sunny Hills church. He left the membership of Sunny Hills, April 2013, to return to the Dillon Street Baptist church as assistant pastor under Ray Patrick.

Funeral services will be 11 am Friday, October 15, 2021 in the Chapel of Woodbury Funeral Home with Bro. Ray Patrick officiating. Interment will follow in Riverside Gardens. His grandsons, the "Haley Boys", will serve as pallbearers and his two granddaughters will serve as honorary pallbearers.

In lieu of flowers, donations may be made to Dillon St. Baptist Church Building Fund.