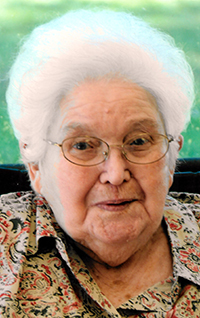 Mrs. Gilliam was born March 31, 1925, in Woodbury, TN to the late Earl and Hattie Stanley. She was a homemaker and was married to the late Charles T. Gilliam. Mrs. Gilliam was also preceded in death by her daughter, Barbara Pendergrass, one sister, and two brothers.

Funeral services will be Tuesday afternoon, at 2:00, in the chapel of Chandler Funeral Home with Ronald Spann officiating. Burial will follow at Meadow Branch. Visitation will be Tuesday, 1:00-2:00, prior to the service.