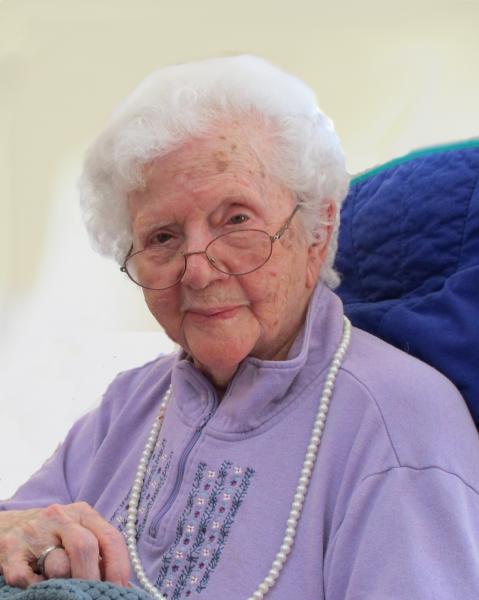 Mrs. Oneta Eva Rieves, 100, of Corning, Arkansas passed away Thursday, September 15, 2022 at Arkansas Methodist Medical Center in Paragould, Arkansas. Mrs. Rieves was born on October 23, 1921 in Woodbury, Tennessee. She was a homemaker; she had worked as a nursing assistant at Corning Nursing Home and as a toe taper at Johansen Brother's Shoe Company. She enjoyed flower and vegetable gardening, visiting with family and spending time with her grandchildren. She was a member of Grace Missionary Baptist Church in Corning.

Visitation will be held Monday, September 19, 2022 at 1:00 PM in the Ermert Funeral Home Chapel. Graveside funeral service will be conducted at 2:00 PM in the Corning Cemetery with Reverend Bart Baker officiating.