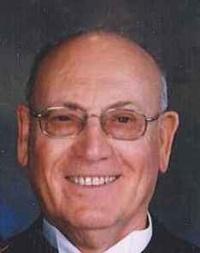 Funeral services will be 1:00 PM Friday at Woodfin Memorial Chapel with Rev. Jason Groe and Rev. Thurman Seber officiating. Burial will follow in the Odom Cemetery in Auburntown, TN with military honors.

Mr. Leach was a member of Auburn Baptist Church, a U.S. Korean Army veteran and a retired draftsman from Cummings Signs.

Memorials may be made to the Myasthenia Gravis Foundation of America, Inc. 355 Lexington Ave. 15th Floor, New York, NY 10017 in memory of Mr. Leach.