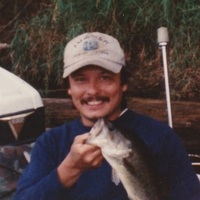 He grew up in the Illinois and Wisconsin area. After high school he joined the Army. He and Kelly met after his time in the Army and later moved to Woodbury. He worked for himself doing auto body repair and paint. In his spare-time he liked to hang out with friends, tell stories, and have a good time. He loved being outdoors, going fishing, and hunting. He liked to watch is favorite football team the Green Bay Packers and any kind of western movie. Whenever a friend needed help, he would do his best.

Visitation will be held at Smith Funeral Home on Friday, October 9, 2020 from 4-6 pm. The US Army Honor Guard will present funeral honors following the visitation. Share memories and condolences with the family at www.smithfuneralhomewoodbury.net Smith Funeral Home, 303 Murfreesboro Rd. Woodbury, TN 37190, 615-563-5337