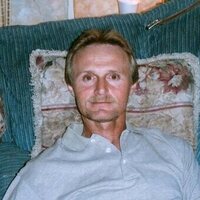 Jeffery "Jeff" Glen Smith, 64, of Woodbury, TN passed away on January 6, 2022. He was born on December 3, 1957 in Woodbury. Preceding him in death were his parents, Harris and Barbara Higgins Smith; wife, Anne Payne Smith; brother, Sammy Smith; and sister, Teresa Pelsue.

Jeff also liked working on old cars. He fixed up a blue '77 and gold '79 Trans Am. Doing the motor, paint job, and interior, he poured himself into all of the mechanical and aesthetic details. All of his skills and knowledge were self-taught and self-cultivated, and his siblings admit Jeff would take them by surprise.

Having thick skin, strong faith, steadfast patience, and a good sense of humor served Jeff well during his life when challenges came his way. Jeff spent most of his working life hanging drywall, and he had the work ethic to match the career.

Anne may not have completely known what she was getting into when she married Jeff, but she loved him unconditionally. Just like being in the woods or on the river, Jeff was at ease in his marriage, and they shared 41 years of simple and blissful marriage.