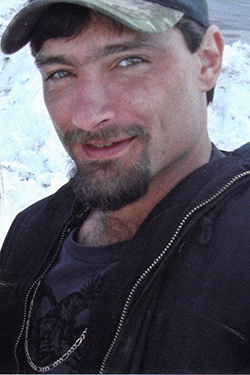 Mr. Jammie Eugene "Bubba" Parker, 44, of Readyville passed away on February 13, 2019. He was born on June 19, 1974 in Woodbury, TN. He was preceded in death by his grandfathers, Gordon Robinson and Joseph Parker; grandmother, Mattie Pauline Parker; and a sister, Sharon Anet Parker.

Jammie was a free spirit, who had a good sense of humor, and a character who loved to have a good time. He loved to joke and make up nicknames for his family and friends. He was very close with his little sister, Jennifer, he would call her "Jenny Lynn Lynn" or something similar. He was a hard-working block mason who could lay two blocks while other people laid one. He enjoyed many types of music including classic rock, alternative, oldies, and blue grass. He was good at working with his hands. In his free time, he liked to work with wood and built family and friends things like cabinets, shelves, and nightstands. He also liked going fishing and shooting pool. He was a member of the Cedar Grove United Methodist Church.

Visitation will be held at Smith Funeral Home on Saturday, February 16, 2019 from 10-2 pm. Funeral services will follow in the Smith Funeral Home chapel at 2 pm. Cindy Gray and Clayton Neal will officiate. Interment will be in Robinson Cemetery. In lieu of flowers memorials are requested to assist with expenses. Support the family with thoughts and memories at www.smithfuneralhomewoodbury.net Smith Funeral Home, 303 Murfreesboro Rd. Woodbury, TN 37190, 615-563-5337