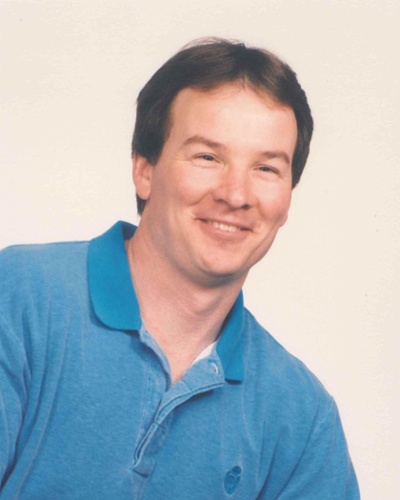 Daniel James Panak, beloved husband, father, brother, son and a stranger to no one, passed from this life Thursday, August 29, 2019.

A native of Kinsman, OH, Dan was a graduate of Kent State University, as well as a UCF alumnus. He was an avid Cleveland sports fan who followed the Indians, Browns, and Cavaliers with passion. Dan cheered the Cavs on to an NBA Title in 2016, Cleveland's first championship since the Brown's last in 1964 when he was only 4. As a Murfreesboro resident, Dan became a Blue Raider convert and avid fan of MTSU sports attending basketball games where he was faithful in his attendance, sitting directly behind the MTSU bench for basketball games which enriched his son's vocabulary greatly. He kept in touch with many of the players and coaches from prior years and enjoyed hearing where they were and how they were doing. He also enjoyed MTSU football and baseball and could often be found tailgating near James Union Building.

The owner of Stones River Payroll Company, Dan was a caring presence for his employees and clients. Most who knew him will remember his integrity, mischievous laugh, his kind small acts, his generosity, and his adventurous spirit. He enjoyed golf, raising chickens, top shelf bourbon, traveling, hiking, camping, and biking along the beach at Jekyll Island, GA.

His greatest joy was his children for whom he was a constant, encouraging father. He spent many years with his son as a little league baseball coach and then as a basketball coach with the Central Christian Warriors. For his daughter, Dan bought a pregnant goat, a donkey, and two horses who helped her win many ribbons.

Dan was a calm, steady anchor for his family during the storms of life and brought joy and hope whenever most needed. He will be missed by life partner, Elizabeth M. Sodergren, as well as children, Benjamin J. Panak and Sydney N. Panak. He is also survived by his mother, Jean Panak; brother, David Panak, both of Kinsman, OH; sister Denise Panak of Howland, OH and sister, Diane Venzera of Lee's Summit, MO.

Memorial donations may be sent to First Shot Basketball (https://www.1stshotbasketball.net/support) of Murfreesboro, TN one of Dan's favorite charities that sends at-risk youth to summer camps for academic and sports studies.