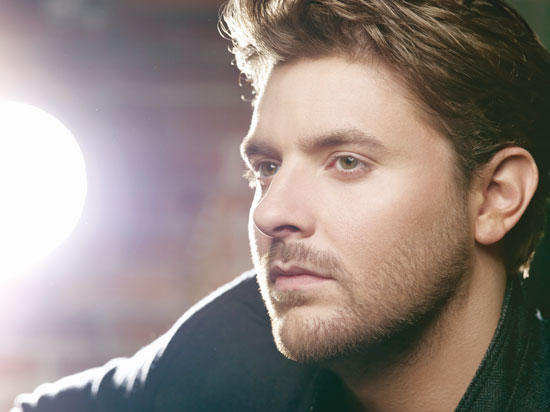 Murfreesboro native Chris Young has seen five consecutive No. 1 songs on the country music charts since he won the reality TV competition show Nashville Star in 2006. (Photo submitted)
If his career was running any stronger, singer-songwriter Chris Young couldn’t stand it.

The 26-year-old Murfreesboro native and Oakland High School graduate has seen his last five singles reach the No. 1 notch on the country music chart. He goes for six in a row in early April with the release of “Neon.”

Meanwhile, he’s up for two major honors on April 1’s Academy of Country Music Award, which airs at 7 p.m. on WTVF-Channel 5.

“I’m excited for a couple of reasons. One: when they called and told me about being nominated for single of the year, I was on the bus writing with two of my co-writers, Frank Myers and Anthony Smith,” said Young during a phone interview last week from Salt Lake City while on tour with Miranda Lambert.

(Young, Myers and Smith co-wrote “Tomorrow,” an ACM nominee for single of the year.)

“On top of that, it’s my first time to be nominated for multiple awards by the Academy of Country Music and my first time for male vocalist, which is very cool. To be in there and nominated for that is a huge deal. That’s something on every artist’s bucket list.”

Young took his opportunity to pounce in the national spotlight as he won on TV’s Nashville Star in 2006 when he was 21. That led to signing with RCA Records, but he already spent what must have seemed half of his lifetime to get into the game.

The boy from the ’Boro had the tools all along: a rich, warm baritone and a writer’s eyes and ears for turning an incident or phrase into slice-of-life songs with which folks can easily relate.

He says he’s not feeling antsy about whether “Neon,” the title track of his most recent album, will keep his streak alive.

“If it is, it is. If not, it won’t hurt my feelings. I think people will really love the song. You can’t really control what’s gonna happen with a song on the radio. I’ve been really lucky. We picked the right songs. I wouldn’t mind for it to be my sixth No. l,” said Young who began writing songs consistently between the ages of 15 and 17.

The singer-songwriter has toured over the past few years with Alan Jackson, Rascal Flatts and Jason Aldean, but his history in country music goes back to the 1950s, thanks to a bit of schooling from his grandfather, Richard Yates, who performed as a singer and guitarist on The Louisiana Hayride.

“He is one of the reasons why I know some of the early artists like Marty Robbins, Lefty Frizzell. I got exposed to them because of him. Every time I go to the house, he sits down with me and picks a little bit,” Young said.

His mother also has music connections. She and a partner operate a music business accounting firm whose clients include Nashville producer James Stroud, gospel singers BeBe and CeCe Winans and, of course, Young.

His stepfather works in construction. “My first summer jobs were going out and helping him. A lot of those days on the job helped me pay for different musical equipment,” he recollected.

Young confessed he doesn’t get back to his hometown that often, maybe two or three times a year. “A couple of my really, really good friends live in Murfreesboro. They’re lifetime friends. My little sister lives there, but my parents have moved to Nashville.”

He began his school days at Mitchell Neilson Elementary and went to junior high at Cason Lane Academy before entering Oakland High School where he thrived in drama and choir.

“That was pretty much all I had time for: theater and choir at the same time. That’s a lot of music,” said Young, who performed locally in musicals like The Nutcracker, Les Miserables, West Side Story and Evita and a version of Footloose at the Arts Center of Cannon County in Woodbury.

While he enjoyed the theatrics, he knew which art he would pursue with earnest.

“I wanted to be a singer – period. When I actually found out I could sing, country was naturally the way for me to go. It was what I listened to primarily. I listened to everything, but it was kind of meant to be. I would do that (country) if I was gonna sing,” he said.

By his senior year, he performed at local clubs, such as Wall Street on the Square, but says most of those venues exist anymore. By the time he was a student at Middle Tennessee State University and Belmont, he was doing a 150 shows a year. Something had to give.

“I was definitely not necessarily built for college. I was OK at it. I was a straight-A student in high school, but in college it was, ‘OK now is the time I’m gonna go to work.’ It was hamstringing me trying to do both at once. I’m not gonna say my parents loved it at the time, but they know I was serious about it.”

Leaving his formal education behind, Young found a job and new place to get some schooling. He got a house gig fronting a seven-piece band at Cowboys Dancehall in Arlington, Texas.

“It holds about 3,200 people and was a really good gig for me. We opened for a bunch of national acts, and it was a cool opportunity for me to learn the life stuff I hadn’t picked up on a smaller scale. I definitely had been working on music a long time while growing up,” he said.

In 2006, Young returned to Music City, won the Nashville Star TV talent show and signed a deal with RCA Records. Now it’s six years later; he’s hot on the heels of what could be his sixth No. 1 hit; and he’ll be holding his breath and crossing his fingers as he sits and waits along with his contemporaries at next Sunday’s ACM Awards show.

Besides pursuing his music career at 90 miles an hour, Young maintains a few hobbies. “I love to read on long flights. . . . I love to play a lot of Xbox on the bus. When I get a chance, I like to get out and go fishing with my dad,” he says.

While he hangs his black cowboy hat at his Nashville home, Young remains true to his roots, saying, “I’ll always remember growing up in Murfreesboro. I loved living there. If I could have picked a place to grow up, that is where I would have picked.”

Murfreesboro’s Chris Young is up for male vocalist of the year and single of the year at the 47th annual Academy of Country Music Awards, which airs at 7 p.m. Sunday, April 1, on CBS (WTVF-Channel 5). The show will broadcast live from Las Vegas with Reba McEntire and Blake Shelton serving as co-hosts.

Country music star Christopher Alan Young was born June 12, 1985, in Murfreesboro, Tenn. The Oakland High School graduate has released three albums, Chris Young, The Man I Want To Be and Neon, which have produced five No. 1 songs: “Getting’ You Home (The Black Dress Song),” “The Man I Want To Be,” “Voices,” “Tomorrow” and “You.” For more info about Young, go online to chrisyoungcountry.com.