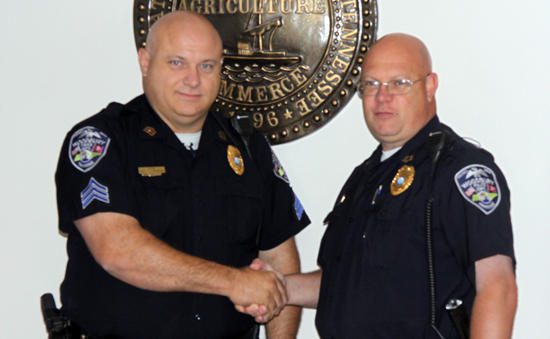 In making the appointment, Chief Mooneyham stated that Sergeant Womack was first employed as a reserve officer by the WPD in 2007, which subsequently led to a full time position on 2008.

Womack was then appointed to the position of Sergeant by former Chief Tony Burnett in 2011, and was responsible for the enforcement of city ordinances and codes.

“Sergeant Womack has been an asset to both the Town of Woodbury and to this department,” Chief Mooneyham said. “He is one reason there was such a smooth transition when leadership changed from Chief Burnett to myself, and he is to be commended for his excellent work ethic.”

The new assistant chief said he looked forward to assuming the new role and additional responsibilities.

“I am proud to be able to serve in this capacity,” Womack said. “I haven’t changed. I will still do my job the way I have always done my job, and I thank both Chief Mooneyham and the good people of Woodbury for their continued faith and trust in me.”