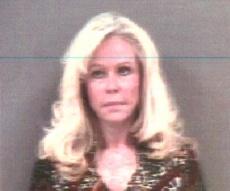 NASHVILLE- The Tennessee Bureau of Investigation’s case against the former executive director of the Upper Cumberland Development District resulted in a grand jury indictment against her today for taking money from the Upper Cumberland Development District to use toward the Living the Dream home, a home built as an independent living home for middle income seniors in Putnam County.

Wendy Askins, 52, of Cookeville, Tenn. was indicted by the Putnam County grand jury on one count of theft over $60,000, one count of money laundering and one count of forgery. While employed as the executive director Askins inserted into the February 16, 2010 Upper Cumberland Development District board meeting minutes a paragraph stating that $300,000 was to be transferred to the Cumberland Regional Development District for an independent living home. TBI’s investigation revealed that the transfer of funds was never discussed at the meeting. Askins transferred $300,000 out of the Upper Cumberland Development District account and used the money for the Living the Dream home. The home was built to provide an independent living environment to middle income seniors in the area. Although Askins had a residence in Putnam County, she and her daughter used the Living the Dream home as their primary residence. TBI investigated the case with the Office of the Attorney General and the Tennessee Comptroller’s Office.

The UCDD employed Askins as its executive director for 17 years prior her being released from the position. Askins turned herself in on the charges today at the Putnam County Jail and was released on a $25,000 bond. She is scheduled to appear in court on November 12, 2013.