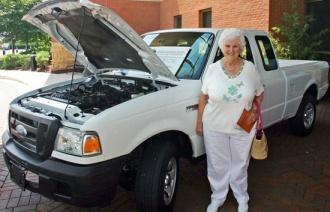 In Williamson County or District 1, Ann Little defeated Frank Harris by a vote count of 519-354. Both candidates are from Franklin. The seat had been occupied by Bill Giddens for the past 12 years; however, Giddens decided to retire this year and not run for a fifth term. Little now holds one of three seats for MTEMC’s District 1.

In the Wison County or District 4A seat, incumbent Luther Lenning was defeated by Tom Purkey by a 544-418 margin. Both candidates are from Mt. Juliet. In Wilson County’s District 4D, Lebanon’s Jim Mills collected 666 votes, running unopposed. There are a total of four board seats representing Wilson County.

The annual meeting, held at Embassy Suites Murfreesboro - Hotel and Conference Center, completed a week-long opportunity for the cooperative’s members to vote for their board representatives. From Aug. 13-17, members could vote at their local district offices.

More than 1,500 people attended the meeting. As part of its bylaws, MTEMC has held a members’ meeting every year since the not-for-profit cooperative was organized in 1936 by a group of Middle Tennessee citizens.