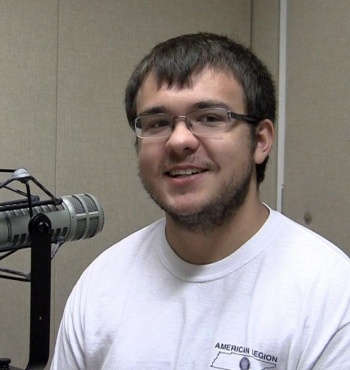 An MTSU student who is carrying on several family traditions will be featured on the next edition of the "MTSU On the Record" radio program.

Stone is descended from a long line of pioneers. His forefathers date back to 1766, when Uriah Stone and his entourage became the first white men to settle in Tennessee's Central Basin. Stones River is named for Uriah Stone.

American Legion Post 279 in Woodbury is named for Hilton Stone, Tyler's great-grandfather. Hilton Stone served in the U.S. Army from 1932 to 1947 and in the U.S. Air Force from 1959 to 1971 before settling into a job as a military recruiter.

Tyler Stone is commander of Squadron 279 of the Sons of the American Legion, a youth group that devotes itself to good works in service of the legion's four pillars -- veterans' affairs and rehabilitation, national security, Americanism and children and youth.

"Everyone has their own stories, their own feelings," said Stone of the differences between different generations of veterans. "But, overall, everyone ,,, has served their country in the most beautiful, patriotic way possible."

Following in his mother's footsteps, Stone said he already is qualified as an emergency medical technician at the state and national level. He aspires to become an emergency room physician at the conclusion of his college career.

To listen to previous "MTSU On the Record" programs, go to http://www.mtsunews.com/ontherecord/.