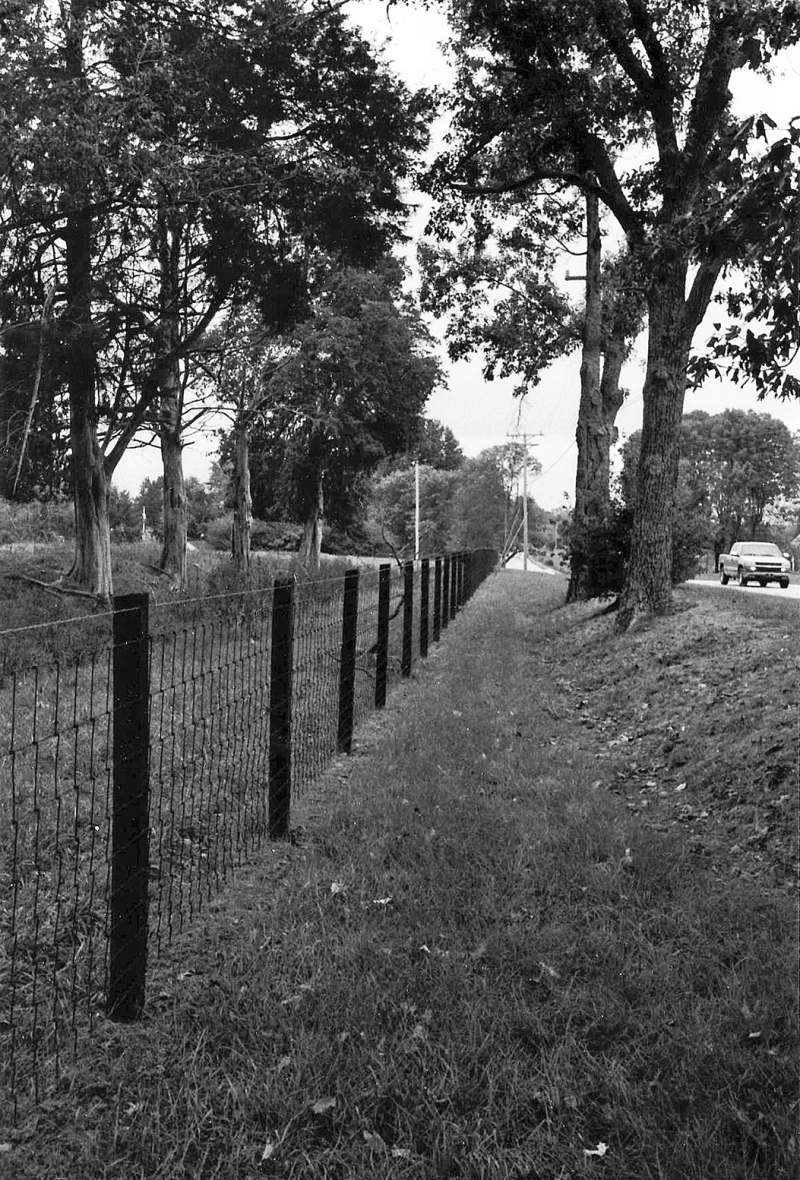 An original roadbed of the Trail of Tears can be seen off U.S. Highway 70S in Cannon County. Courtesy of Dr. Carroll Van West.

Inadequate roads became problematic for isolated farmsteads along the upper forks of both the Caney and East Fork Stones. With the coming of turnpikes along with other improved roadways through the decades leading up to the Civil War distant towns such as Murfreesboro, McMinnville, Carthage, Smithville, Manchester and even Nashville became more accessible.

The town of Woodbury suffered immensely during the war years by armies north and south as they struggled to control middle Tennessee. The war caused unbelievable hardships. The demand for mules and saddle horses left the county almost void of draft animals to till the fields.

As the war progressed Cannon County became deeply divided. Bushwhacking, gunfights and retaliatory plundering between feuding families erupted into open conflict. The formation of local Union militia units by General Rosecrans after 1863 certainly fueled the flames of resentment among the citizenry. These militias, ill trained and inadequately supplied, hunted rebel sympathizers and bushwhackers. For soldiers that left their homes to fight in this war concerns over family members left behind became overwhelming. Its truly amazing the courthouse at Woodbury survived skirmishes and cannon fire within its sight.

After the war Cannon County renewed efforts to build and repair inefficient roadways. Some citizens promoted a railroad line across the county. The talk of a railroad through Cannon County began in the 1870s continued on into the next century. The rail line initially proposed followed closely the Murfreesboro to Woodbury turnpike toward McMinnville. Even a alternate route that included possibly a railroad terminal near a village called Prater became widespread during the 1880s.

This talk of a railroad through the county precipitated into support among residents outside of Cannon county in such places as Smithville, Liberty Alexandria and Milton. Residents there agreed a route through these area was more practical than a railroad line through the hill country of Cannon County!!

By the first decades of the twentieth century a state highway proposal had replaced talk for a railroad line, and once completed, became known as State Highway Number One. Its more popular name was the Broadway of America Highway. It was also known as the Memphis to Bristol Highway. Again, before this highway through Cannon County was even laid out residents north of the county lobbied against it and pushed for the new state highway to be located there instead.

This first state roadway did run through Cannon County along the old Murfreesboro to McMinnville Turnpike, updating it into a more modern highway. It transformed a town called Woodbury.

This new highway allowed motorcars to traverse the county as early as the first decades of the twentieth century. Tollgates were abandoned.

Before the state highway was built, serviceable roads had always been a pressing issue facing the more rural counties. The first county courts struggled to maintain adequate roadways and foresaw the necessity of appointing overseers for roads labeled public throughout the county. It was the obligation of early settlers to perform work on public roads for a certain number of days throughout the year. The early courts selected 'juries-of-men ' to mark new roads. These juries were later replaced by local road commissioners. Turnpikes were treated differently by the courts as these were private enterprises.

By the year 1861 several major turnpikes had been laid out in the direction of Cannon County. Investors inside and outside the county aided by the passing of certain Legislative Acts formed these first turnpike companies through state charters. Shares of stock were sold to fund these enterprises. Turnpikes were very successful in the beginning with numerous tollgates established. Gatekeepers collected tolls from travelers whether by horseback, buggy or wagon.

A William Barton, plantation owner and business man near Readyville, owned storehouses in both towns of Murfreesboro and Woodbury following the Civil War, controlled long sections of this turnpike near Readyville.

In many ways, especially by the turn of the century, tollgates hampered the growth of commerce in rural counties such as Cannon. Farmers complained about public and even 'second class roads' crossing their farms. By the 1880s court petitions mounted from farmers asking permission to place gates across these roads. The court sometimes granted these requests emphasizing the gates must allow easy access.