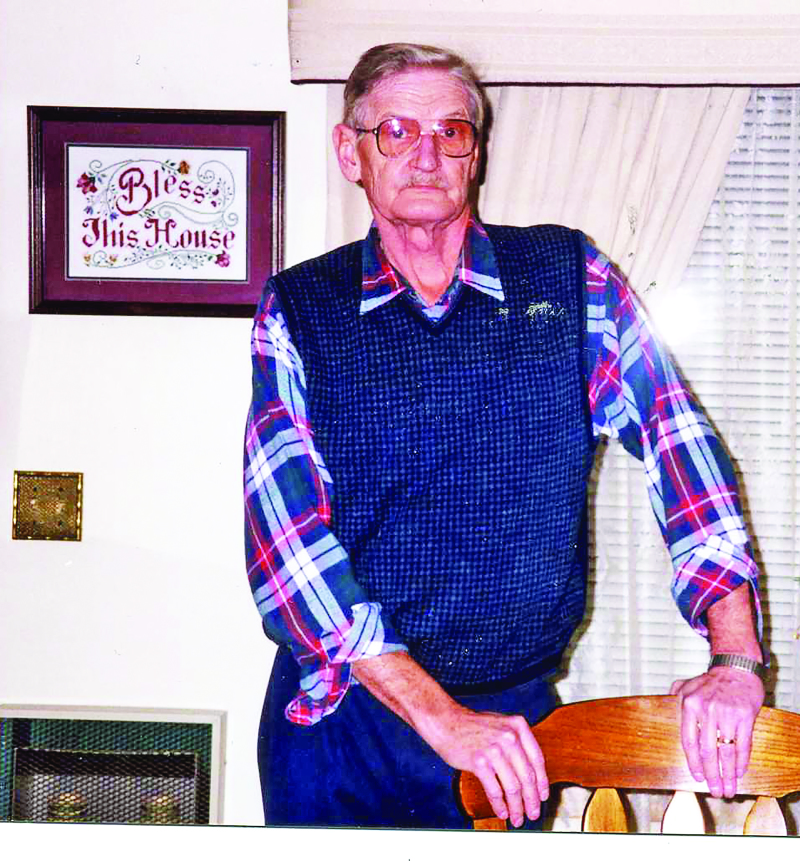 By David Hunter dhunter@cannoncourier.com Back in 1954, the Woodbury High football program was in the process of rebuilding, a few years after the end of World War II. During the previous two seasons, the Lions won a combined three games, but they were s

Back in 1954, the Woodbury High football program was in the process of rebuilding, a few years after the end of World War II. During the previous two seasons, the Lions won a combined three games, but they were starting to come together as a team heading into their senior season 63 years ago.

One of the reasons for their success was a right end on both sides of the ball, Harold "Toot" Jennings, and he was a good basketball player, too

On May 23, Jennings will be one of the four inductees into the Cannon Courier Hall of Fame.

"I was really surprised, and I felt like during my time, I did a lot for sportsmanship and athletics, but it had been so many years," Jennings said from his home in Woodbury. "I feel real humbled, because there have been a lot of great athletes went through that high school."

During that time, Woodbury ran from the first grade all though the 12 grade with the grammar school on one side of the building and the high school on the other side. It was a real special time on campus for the Lions, especially Jennings.

"It was a joy to go to school, because everybody would cooperate with each," Jennings said.

Today, he still plays golf with some of those same friends from Woodbury High, which they played a big part in putting Woodbury High football back on the map after some down years after the end of World War II.

During the 1954 season, the Lions lost three of their first four football games of the season, but they came together at the right time by going on a five-game winning streak.

Then on October 2, the Lions had to do something, which has not been done since and probably never will today, because of the rules.

On that day, WHS played two football games on the same day, both on the road at Sewanee Military Academy and at Smyrna. So, the plan for the day was they took the top 15 players to SMA for the afternoon game, and the Lions won. A few hours later, the rest of the football team traveled for a night game at Smyrna. However, players were only allowed to play four quarters per week, so some could not play in both games.

"We won that game, and the rest of the team went to Smyrna," Jennings said. "They had not played as much as we had. We were the ones that played the most, but they held their own really good, but Smyrna scored before the half. They scored a couple of more touchdowns. They beat our "B" team, but they did not beat us. We always felt like we could handle them really easy, but we did not get the chance."

By the last game of the season, the Lions were 6-3, in the old Duck Valley Conference. A win in their last game would have placed them in the postseason game in Shelbyville, the Butter Bowl. However, on a 25-degree day in Smithville, the Lions fell 13-0, and their bowl chances and season was done. Looking back today, it still was a season to remember for those football players, who by their senior year had become a close-knit team.

"We played teams a lot bigger and older," Jennings said. "A lot of guys we played had been to Korea and back and then they went back to high school. It was our closeness that allowed us to have the success we did."

He also added about that special team, "We were a close-knit bunch, and we had each others' back. We respected and loved each other like brothers. Had we not learned to be that close and play together, I do not think we could have come out a winning team."

Jennings was the first player at Woodbury School to letter all four years in basketball and football. He was a captain on the basketball team in 1954 and finished second in scoring in the district. Jennings was also named All Tournament and All District and Honorable Mention All-State. While on the gridiron, Jennings was named All Central Middle Tennessee Conference Defensive End in 1954

Today, the 80-year-old enjoys retirement, including spending time on the golf course with old friends, and spending time with his great grandchildren.

So, how did he get the nickname "Toot. "

It started in grammar school, when I lived on the square and went to the grocery store," Jennings said. "I liked Tootsie Rolls, so when I sold a few cans or picked up some bottles and got a few coins, I would get me a big Tootsie Roll or two.

"A neighbor called me, Captain Tootsie, and it was short for Toot. Some of my classmates in high school called me "Toot" and it stuck."