The 'Roads Less Traveled' are free on Monday 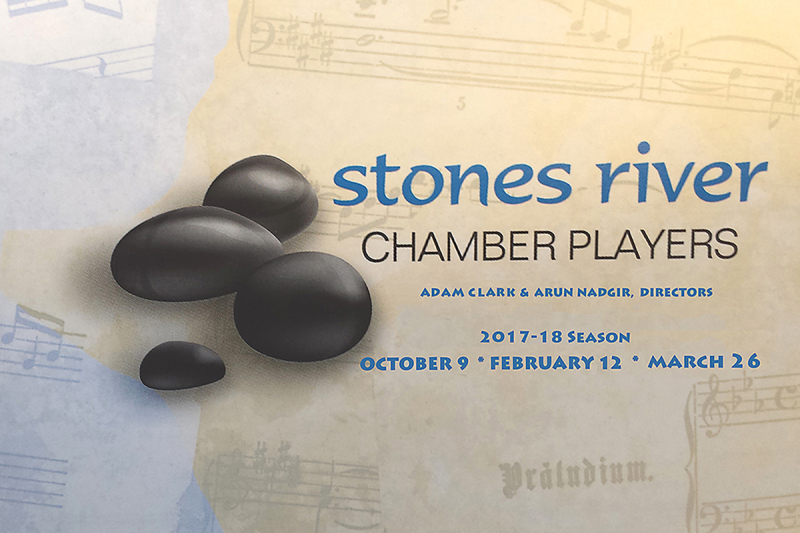 The ensemble members, all of whom teach in MTSU's School of Music, will perform at 7:30 p.m. March 26 in Hinton Music Hall inside the Wright Music Building.

"Rouse's works are written for the unusual combination of double bass and flute," Nadgir explains. "The dance-like interplay between the two instruments and the combination of their two unique sounds will be fascinating to hear."

The Scarlatti arias, part of a set of seven composed in 1706 for soprano and trumpet, will be performed by MTSU soprano Dina Cancryn, trumpeter Michael Arndt and pianist Joseph Walker.

The program will then combine Chinese and Western instruments to continue the eclectic theme, Nadgir says.

"Zhang's 'No Rush,' a trio for percussion, erhu and zheng, is a wonderful example of how different musical cultures can unite to create beautiful and exciting music," he says. Percussionist Brian Mueller, zheng player Mei Han and erhu player Wei Liang will present the piece.

Mueller will return on marimba with Matt Jordan for Burritt's "Blue Ridge" marimba duet, which Mueller says "connects many different styles of music, including folk, jazz and pop."

"The entire composition focuses on exploiting the different sound colors of the three instruments involved," says Clark. "The charm and exciting character of the first movement, 'Dance of the Polyps,' results from the use of extremely high pitches, particularly in the piano part.

"The second movement, 'Stalactites,' is a tone picture with a wide range of colors in all registers of the flute and oboe. The final movement, 'Time for Raki,' is dominated by a 9/8 measure, which is the basis of Turkish folk music."

You can listen to streaming audio performances by the Stones River Chamber Players at http://www.mtsu.edu/music/srcp.php. For details on more MTSU School of Music performances, call 615-898-2493 or visit http://www.mtsumusic.com and click on the "Concert Calendar" link.