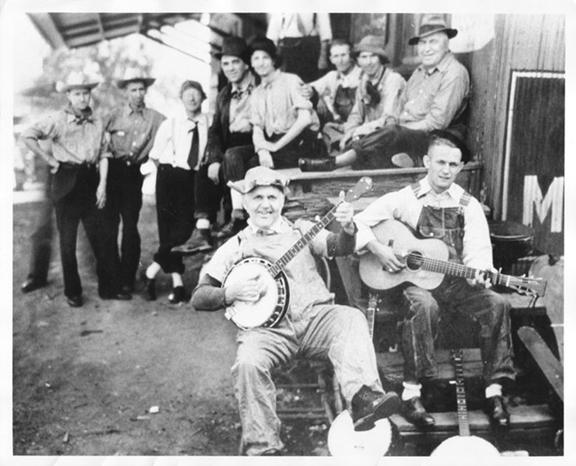 By JACK BRUNSON For the Cannon Courier

Arts Center of Cannon County is pleased to announce its MusicSprings series of videos is complete and ready to view.

The series of short films, made possible by grants from the National Endowment for the Arts and the Tennessee Arts Commission are on the Arts Center's Facebook page and on several other internet media sites.

The series is dedicated to the music history of the American South. Using archival materials from producing partner The Center for Popular Music at Middle Tennessee State University and music from the Arts Center of Cannon County's GRAMMY award-winning record label, Spring Fed Records, MusicSprings comprises 23 subjects ranging from "Mr. Edison's Machine" to the history of the banjo and the guitar in the South.  The series was edited by students in, and graduates of, MTSU's Department of Electronic Media.

"We hope that these videos will intrigue the viewer; maybe present little known facts about the history and development of southern music," said Bruce Nemerov, co-producer with Evan Hatch for the series. "These episodes should be considered a teaser and get the viewer interested in finding out more."

For example, "Monkey Music," edited to look like a silent film, focuses on the tunes that were a response to Tennessee's 1925 John T. Scopes Trial which infamously debated the morality of teaching evolution in schools.

And African-American music is featured in several videos.  "School Singers" presents John Wesley Work's Fisk Jubilee Singers and the Hampton Institute Singers as examples of the role played by the Freedmen's schools in keeping the Spiritual alive.

Not all the shorts focus on the past however; "Fishing with Worms" profiles Hatch Show Print in Nashville. This remarkable print shop has been printing posters with woodblocks the same way since 1879, and can truly be considered the model for eye-catching poster design of minstrel, vaudeville, R&B and country music.

Several installments of MusicSprings are currently posted on the Facebook pages of the Arts Center of Cannon County, Spring Fed Records, the Center for Popular Music, and others and every Wednesday and Sunday until the end of November new episodes will be posted. All interested folks are encouraged to link the videos to their own social media.