Students must live their dreams 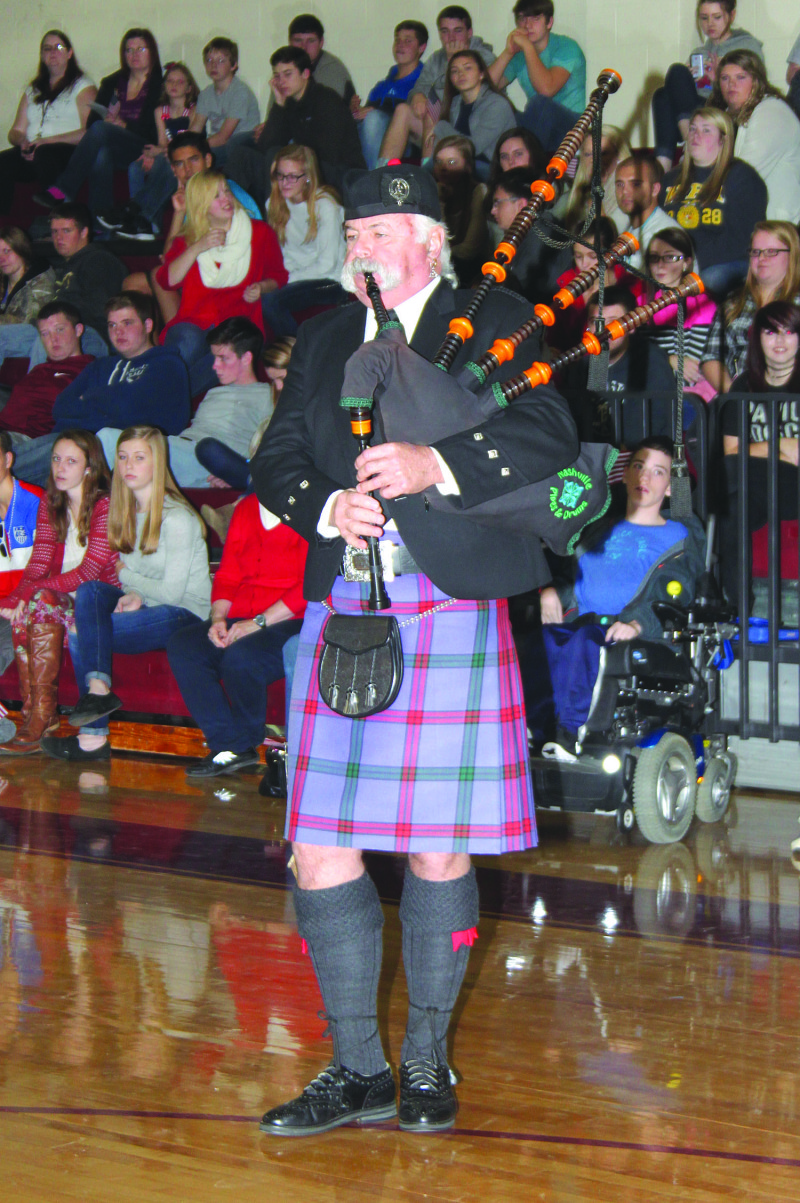 Gregory Cutcliff plays a stirring song on the bagpipes.

Veterans kicked off their special day with a message to Cannon County High School students.

"Wishes and dreams can become realities if you go out into the world and start to make things happen, instead of waiting for fate to roll the dice," Col. Jim Stone said.

"Life occurs for those who live it. Dream big, dream many dreams and most importantly, live your dreams. What you plan -- happens," Stone told the audience assembled for the 23rd annual Veterans Day ceremony. The CCHS gym was filled with students, parents, veterans and honored guests.

Among the special guests were the sons of the late Frank Walkup III, who died suddenly on November 2. Walkup was an Army veteran and the father of Franz Walkup of Woodbury, Mitch Walkup of Hawaii, Kevin Walkup of Germany. All of those sons served and or are serving in the U.S. Army. Franz was seriously wounded in Afganistan and now, after a long period of recovery, has retired from the Army. The oldest Walkup son, Frank B. "Frankie" Walkup, IV, died in combat in Iraq.

The ceremony was marked by a change with Colonel Stone turning over the annnual Veterans Dav to members of America Legion Post 279.
"This will insure that this truly great program and parade will continue and will always have outstanding leadership," Stone said.

"This will insure that your children and your grandchildren will continue to receive our important message that freedom is not free, the cost of freedom and the proud history and heritage of Cannon County," Stone said.

Guest speaker for the event was Brent Bush, a recently retired Lt. Colonel who served in both Iraq and Afghanistan. It was the second time Bush had appeared at the CCHS Veterans Day. His first appearance was 22 years ago when he was a student at the Command and Staff College at Fort Leavenworth, KS.

Special recognition was given to Louis Hillis, who served in Korea and was captured as a Prisoner of War. Only nine out of his infantry company of 108 men survived.