Spot a fawn? Leave it alone! 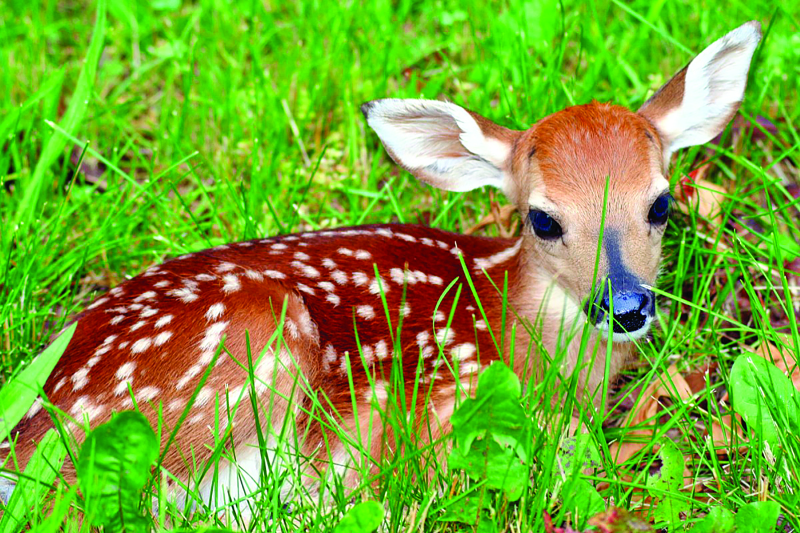 In late June and early July the predominate amount of phone calls Ranger Mark Vance receives are about fawns.

In Tennessee, white-tailed fawns are usually born around May 15th to June 15th, but they can be born as early as April and as late as August. A doe will stake out a territory and her fawns are the only fawns in that particular area. It may be as small as 2 acres or as large as 20 acres. She will give birth, clean the fawn, feed it and move it away from the birthing site.

The doe leaves the fawn alone for eight hours or more, while she feeds, drinks, and her milk replenishes. She will return several times during the course of the day to feed and/or clean her baby before leaving once again. Young fawns have little scent and spend most of the first 2 weeks of their life inactive, except while nursing. Since their natural instinct for these 2 weeks is freeze behavior, it is unlikely fawns will be found by dogs or coyotes (unless they trip over them).

If a doe stayed with her fawn, it would give away its hiding place. If her fawn is moved, she will look for her baby for 2-3 days, continually returning to the area where she last left it. By one month of age, most fawns begin to venture out to browse with their mothers.

With all this in mind we still need to answer the question "I've found a fawn what should I do with it." The best answer most of the time is, "Leave it alone." Most baby wildlife, including fawns, are still being taken cared of by their parents. Only in extreme cases should this situation be changed. We must always remember that the baby animal cannot escape your attention. The adult can.