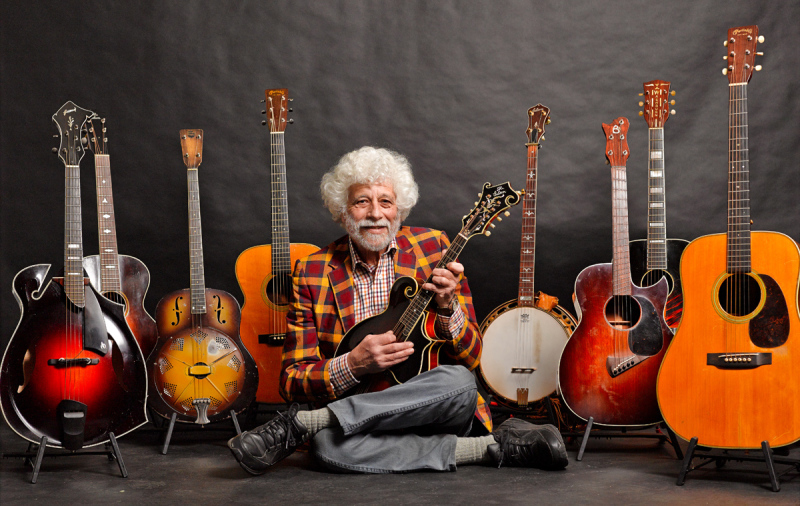 Tickets are now on sale forthe Saturday, May 14 appearance of Lowell Levinger at Bird Song Studio in Woodbury.

Levinger was a founding member of The Youngbloods - known for their 1965 hit song "Get Together" ("Come on people now, smile on your brother, everybody get together, try to love one another right now").

The event will also mark the two-year anniversary of musican Robyn Taylor living in the former Presbyterian Church, located next to Woodbury's Post Office.

Levinger, best known by his nickname Banana, is celebrating the 50th anniversary of the founding of The Youngbloods. The 70-year-old is still is still rocking, playing and singing better than ever.

Penning his own original songs, Banana incorporates Youngbloods favorites as well as gems from his extensive musical roots into his performances with a gutsy, engaging style.

Banana is also a well known vintage instrument collector and multi-instrumentalist. He delivers his repertoire while picking his unique five-string tenor guitar, breaking out a banjo for occasional accompaniment or tickling the ivories for just the right mood.

Following The Youngbloods final gig in September 1973 after nine memorable years together, Lowell's musical opportunities stretched his diversity. Not only did Banana tour and record as the sole accompanist to Mimi Fariña for over 20 years, but he worked in bands with Norton Buffalo, Dan Hicks and his Hot Licks, David Grisman, The Barry "The Fish" Melton Band, and Zero, where he played keyboard and sang lead for over 10 years. He has performed duo gigs with David Nelson, Keith Little, Freebo, Peter Rowan and many other notable artists, as well as producing and lending his musical prowess on countless recording sessions.

Throughout the years to augment his musical career, Banana has utilized unique talents that are not just musical.

A pioneer hang glider pilot, in 1973 he started "Hang Gliders West" in Marin County and for a decade taught over 5000 people to fly. He cobbled together a bootleg Apple II computer in 1982 and also bought a synthesizer, realized the two of them should be able to talk to each other and wound up managing the development team at Passport Designs that created Encore, a Mac/Windows software program that converts live Midi performances or Midi files to notation for sheet music as well as allowing complex editing and input by hand.

Since his college days at Boston University circa 1962, he has been collecting, swapping, buying and selling old fretted instruments and maintains a web site called Players Vintage Instruments (www.vintageinstruments.com).

Banana's infatuation with Americana music started in the early 1950s growing up in Santa Rosa California when he discovered the 'race station' KWBR in Oakland and started hearing the likes of and buying the records of Lightning Hopkins, Jimmy Reed, John Lee Hooker, Big Bill Broonzy, Little Willie John, James Brown, and on and on. Then along came Chuck Berry and Ray Charles, and Little Richard and Fats Domino and Elvis and by that time he had learned enough piano to play with a group of local Philly style street corner singers called The Chandells. They got to go to LA to make a record but he was too young to go. He got hooked on guitar as a teen and then the banjo of Pete Seeger and The New Lost City Ramblers and then, just before heading off to Boston University, he heard Flatt and Scruggs for the first time. A life changing experience. One that added a permanent place in his heart and in his practice for bluegrass.

Banana began his career in bluegrass on the east coast in Boston with "Banana and the Bunch, Old Time Music with Appeal" playing bluegrass in the local coffee houses of the early 60's being mentored by the likes of Bill Kieth and The Charles River Valley Boys.

After several years in the east coast folk/bluegrass scene, he co-founded The Youngbloods with Joe Bauer, Jesse Colin Young,