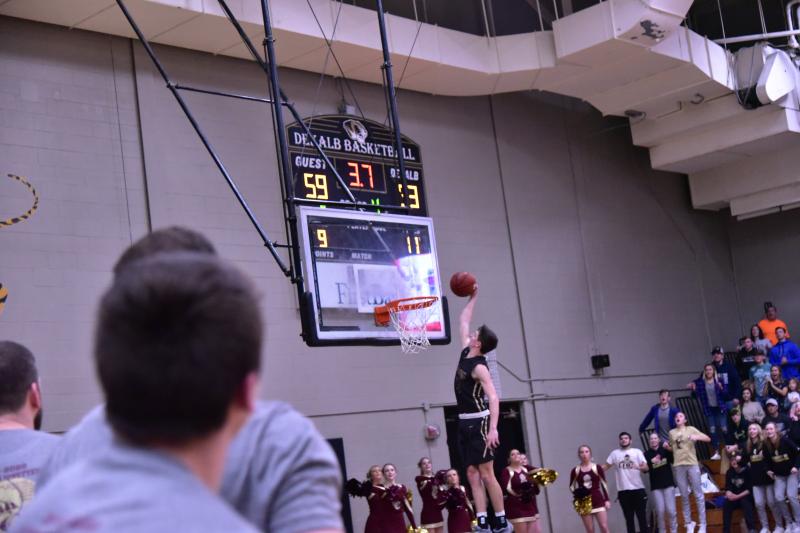 Luke Alexander finished the first game of the Dekalb/Cannon County basketball series this season with a thunderous slam dunk in the final seconds of the Lions 61-53 win.
Kadee Ferrell's return to the Dekalb County lineup after spending most of the season with an injury has proven to be a difference in the Lady Tigers season. Dekalb beat the Lionettes 56-43. The two teams will meet again in February in Woodbury. More details including the box scores for the previous week's games will be in the January 14th issue of the Cannon Courier.