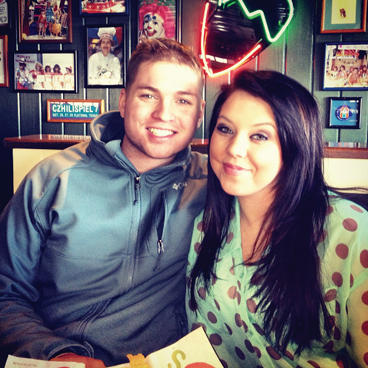 
Franz Walkup will receive a hero’s welcome when a homecoming parade is held in his honor May 19 at Dillon Park.

Walkup, who sustained life-threatening injuries  last September in Afghanistan, is set to return to Woodbury for a 30-day leave beginning May 3. Military and family officials have confirmed a “Welcome Home” parade is being planned for Walkup May 19 at 1 p.m. A live band – “61 Seconds” – will perform following the parade.

Walkup, the son of Mr. and Mrs. Frank B. Walkup III of Woodbury, was injured during a gun battle in Afghanistan last September. Walkup suffered gunshot wounds to the abdomen when U.S. soldiers fired upon Afghan allies who returned fire. U.S. soldiers believed they were under attack by insurgents when a mortar round hit a checkpoint set up by American soldiers. The Afghan allies returned fire and Walkup was shot five times.

Doctors originally treated Walkup, a Cannon County High School graduate, in Landstuhl, Germany. He underwent five surgeries to repair various serious injuries. He was recently transferred to Walter Reed Hospital in Washington, D.C., where he battles on the road to recovery.