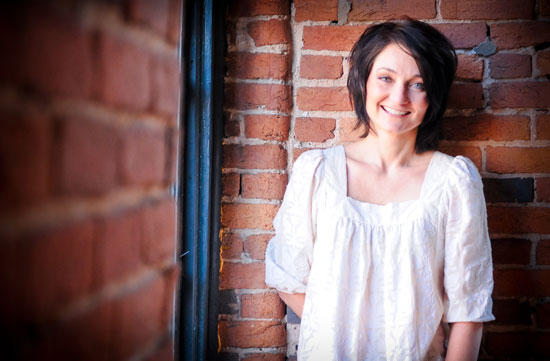 As a young girl, two of VanLiere’s neighbors molested her on separate occasions. But she was too fearful to tell.

“There’s so much shame, so much guilt on the part of the victim,” VanLiere explained. “Shame and guilt don’t belong to them but it’s still there.”

She didn’t disclose the abuse until she confided in her husband, Troy. Since then, she wrote “Finding Grace,” about her “journey of grace” through pain and suffering and unexpected circumstances. She mentions the sexual abuse inflicted on her with hope it might help others.

The Williamson County resident also wrote “The Christmas Shoes” and works as an inspirational speaker.

Because of her experiences, she and her husband, and in-laws, David and Vick VanLiere, who own Sudsy’s Car Wash in Murfreesboro, became sponsors of the Child Advocacy Center’s annual rubber Duck Derby June 23 at the Sportsman’s Club on Medical Center Parkway.

The Child Advocacy Centers of Rutherford and Cannon Counties has served more than 7,500 sexually abused and endangered children during the past 12 years.

CAC Executive Director Sharon De Boer said nine of 10 children who are sexually abused do not report it.

“By Donna VanLiere sharing her story, she is encouraging others to report sexual child abuse to an adult to report to the Department of Children’s Services,” De Boer said.

VanLiere said some children keep their secret because they fear the offender. They should know they can disclose the abuse to a trusted adult.

“The shame factor breaks your spirit,” VanLiere said. “If a child steps forward and breaks that abuse pattern, that’s when people go to jail. When light gets to that darkness, that’s when healing begins.”

As parents, the VanLieres have told their two daughters and one son no one can see their private parts except the parents and their doctor.

VanLiere advises the victim to speak to someone safe so the offender will never hurt another child.

“All it takes is one small child who can break that cycle of abuse,” VanLiere said resolutely. “It’s important for them to know it wasn’t their fault. No one is going to blame them.”

Many victims confide to VanLiere about sexual abuse they suffered as a child.

“In the back of their minds, they think it was somehow their fault,” VanLiere said. “To hear someone say, ‘it’s not their fault and they did nothing wrong’ releases a wellspring of tears for women. It’s so crucial for the child to hear that. If I could have heard someone say that to me, it would have made my life completely different.”

Her newest book, “The Good Dream,” debuting in July, is the story of a 30-year-old single woman in 1950 who discovers a hungry little boy “in circumstances no child should be in.”

And she doesn’t want any other children to be sexually abused. She hopes people will support CAC’s mission by adopting a rubber duck for $5 apiece. The winning duck will win $5,000 donated by the VanLieres and Sudsy’s.

“We want to make sure this doesn’t happen to another boy and girl,” VanLiere said.