See Seussical the Musical At The Arts Center 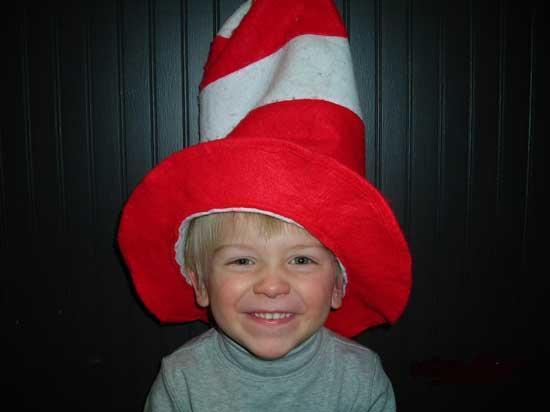 School children in the Middle Tennessee area will get a chance to see live theater in the next few weeks as The Arts Center of Cannon County presents Seussical the Musical.

Based on the beloved characters and stories of Dr.Seuss, this musical incorporates elements from at least 15 Dr.Seuss books and includes appearances by many of his most famous characters.

Seussical the Musical follows the adventures of Horton, the elephant who one day hears voices coming from a speck of dust. He soon discovers that within this tiny speck exists the smallest planet in the universe!  And upon this tiny planet live a tiny race of creatures known as Whos!

Although ridiculed by the other animals in the Jungle of Nool for believing in something he cannot see, Horton stubbornly persists in his belief that the Whos exist. Jojo, the smallest child in the city of Who, parallels Horton's journey as he is ostracized for the unpopular act of thinking -- an activity not encouraged by the parents and teachers of Whosville.

But in spite of these obstacles, Jojo and Horton attempt to do what they think is right, and together they sing the duet "Alone in the Universe." However, their path will not be easy.

Horton is sold to the Circus McGurkus and eventually goes on trial before Judge Yertle the Turtle before the other animals of the jungle come to understand, as Horton has always known, that "a person's a person, no matter how small."

Seussical the Musical is directed by Tara Deason-Winton with Robert Hiers as music director, choreography by Kaleena DeVar and produced by Beth McCrary. This production features Justin Winton and Michael McGee as “The Cat in the Hat” Hannah Mansfield and Emily Conley as “Jojo”, David Winton and Robert Hiers as “Horton”, Allison Marcrom and Kayte Brock as Gertrude, and Karen Linton and Allison Barnett as Mayzie.

Performances open to the public are February 26, 27, March 5 and 6 at 7:30PM and February 28 at 2:00PM. Seussical the Musical is sponsored by Wild About Smiles Pediatric Dentistry and is part of the 2010 CenterStage Series. Ticket prices are $8 for adults and $5 for students.

The Arts Center is located on 1424 John Bragg Highway, just west of the town of Woodbury, approximately 20 minutes from Murfreesboro, Manchester, and McMinnville and one hour southeast of Nashville. Office hours are 10:00a.m. to 4:00p.m., Monday through Saturday. For more information check our website at www.artscenterofcc.com or call 615-563-(ARTS) 2787 or 1-800-235-9073.