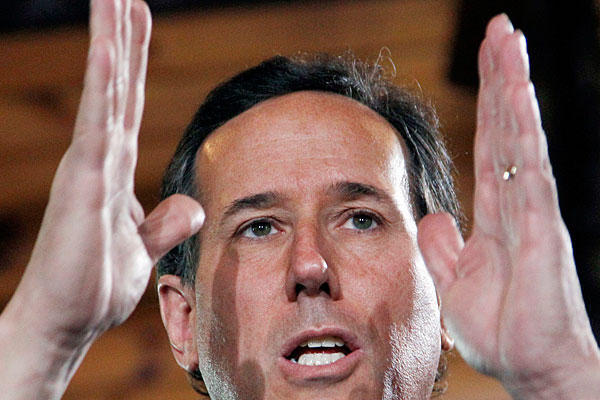 Check back to CannonCourier.com for results of the local GOP primary.

SERIOUSLY?? Are you really trying to stir up this hornet's nest?

This is ridiculous!
Just my opinion...
[Delete]
Here is where you totally miss the idea of logic MMW.

Voting for any candidate based off race, color, creed or religion is wrong and full of hypocrisy no matter what party you endorse.

This isn’t about being a Republican or a Democrat.

Your comments are hypocritical because history shows that many Democrats did the same thing when a Catholic President ran for office in 1959. There is no doubt the same thing was done in 2008 by both Republican and Democratic voters who would not vote for Obama because he is black.

You just don’t seem to grasp the idea that the individual is the one who makes the choice to commit those despicable crimes against those children and not the religion itself.

What is even more ironic is you defend the Muslim religion that does promote child abuse, the killing of innocent people and justifies a Holy War against people who do not believe as they do.

You are a piece of work to say the least.

You are not trying to learn anything or accomplish anything except cause trouble.

People vote why they vote for many different reasons to include race, color, creed and religion and that is done on both sides of the political arena and has been done since the inception of our country. This is not something new in any sense of the word.

To think otherwise is complete and utter nonsense. But, I have come to expect nothing less from you.

JameBob
[Delete]
Why does this matter now? The votes have been cast and for whatever reason, Rick Santorum was the winner. Your "opinion" MMW seems to be put on here to incite controversy when we should all be trying to pull together to strengthen this nation. I for one voted for Rick Santorum because I believe that what he says is what he believes, where I feel Romney has too many questions attached to him. It has nothing to do with religion, which is what it seems you are always trying to stir up. And I have to question why you are so fixated on religion when according to some other posts you have made it seems that you are an atheist, which, although I don't agree with you, thankfully we live in a country where you can believe that way. Lets keep America free so that we all have that choice!
[Delete]
The Courier is a news outlet with the intent of bringing news to the public so them posting the article makes sense.

You are not a news outlet MMW and you only want to bring controversy to the public.

Big difference between the two.

And yes, you have a "religion fixation" on just about everything you post because you have no other desire than to start trouble.

It is the only joy you seem to have in life.
[Delete]
Maybe it is the DNJ that is so fixated ("But the pattern suggests that most of Santorum’s Republican base in Tennessee can be found in pews on Sunday morning.”) It certainly would be in the long standing tradition of this paper. How could its readers be anything but?

[Delete]
MMW, Sorry, with the lead off of he word Murfreesboro, it sounded as if it had been taken from the local paper there. I see now it was from an MTSU poll that such conclusions were drawn. I'm not necessarily happy with any of the so-called conservative candidates but then anyone of them may have the ability to pull the country back on track again. It is headed down a slick and treacherous slope and the brakes seem to be failing. Many Americans have lost confidence in our government and that is a reflection of both the Democratic and Republican parties. It is time a new party emerge from this chaos and one that can lead us back to prosperity again so that America can again take its place as a premier world leader in terms of economics. Our future depends upon it.