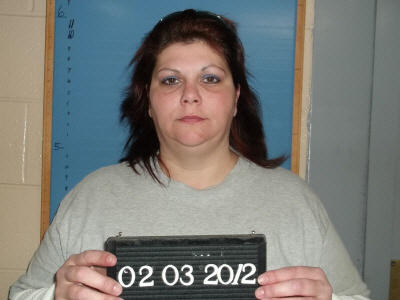 This photo of former Cannon County REACH executive director Angela King was taken earlier this month when she was indicted on charges unrelated to the state investigation of the program.

The former executive director of Cannon County’s REACH After-School Program, Angela King, took more than $37,000 in program funds for personal use and made more than $26,000 in additional expenditures that were questionable, an investigation by the Comptroller’s Division of County Audit has revealed.

Auditors noted internal control weaknesses contributed to the opportunity for the cash shortage to occur, including the failure of the Cannon County executive to adequately review documentation submitted for reimbursement or payment and to correct deficiencies noted in prior years’ audit reports.

REACH is supported through various state and federal grants, donations and fundraising activities. The investigation, conducted in cooperation with the Tennessee Bureau of Investigation, revealed that the former executive director transferred funds from the program’s bank account to her personal bank account, wrote herself at least one check to “cash” from the program bank account and requested and received reimbursements for expenditures for which documentation had been falsified.

King also received reimbursement for items such as high definition televisions, laptop computers, vacuum cleaners, printers, video cameras, digital cameras and numerous other items. Although investigators were told those goods were purchased as Christmas gifts for REACH program participants, there wasn’t sufficient information to prove the items were bought for that purpose.

The report also noted a number of other discrepancies, including an employee who received benefits not authorized by the county’s personnel policy and falsified time sheet records for one employee.

The full report is available at http://www.comptroller1.state.tn.us/ca/SpecialReports.asp.

In addition to the investigative report about the REACH program, the Comptroller’s office also released its regular annual audit for Cannon County government today.

That audit contained 12 findings and recommendations regarding the government’s operations, seven of which related to the county executive’s office.

In addition to noting the lack of oversight of the REACH program, auditors also noted that the county executive’s office had deficiencies in its budget operations and purchasing procedures. Employees in the Solid Waste Department were also allowed to sell scrap metal for personal gain, resulting in an undetermined shortage of public funds.

The regular audit report may be viewed at http://www.comptroller1.state.tn.us/ca/CountyAudits.asp?C=8.

“I hope that Cannon County officials will take the steps necessary to make sure these issues are corrected before next year’s audit,” Comptroller Justin P. Wilson said. “What happened there illustrates the danger of having inadequate oversight of public funds. I commend our auditors and investigators from the TBI for their hard work on this case.”

To report suspected fraud, waste or abuse of government funds, call the Comptroller’s hotline at 1-800-232-5454.