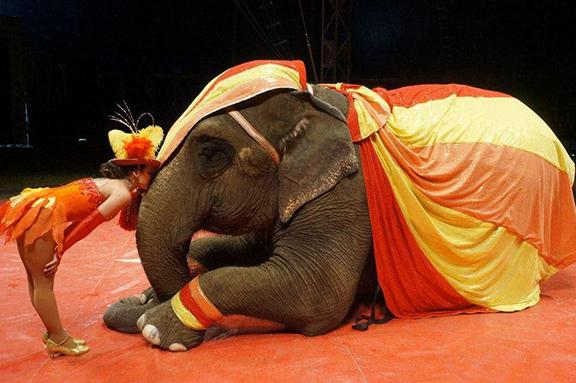 Carson & Barnes is "the Real Circus" featuring everything patrons expect to see under the Big Top including clowns, acrobats, aerial daredevils, pageantry and a cast of amazing performing animals led by the biggest starts of the show, Carson & Barnes performing Asian elephants

The circus will arrive in Woodbury during the early morning hours on Oct. 14. The giant tent will be erected beginning at 10 a.m. unless weather does not permit. In that case, the circus will move under the Horse Show barn at the fairgrounds.

Students, as well as the public, are invited to attend an educational session starting at 9:30 a.m.

The public is also invited to attend at 3 p.m. when Woodbury and Cannon County Fire Departments arrive to give the big pachyderms a bath.

Discounted tickets are available at the Cannon County Chamber of Commerce, Sue Patrick CPA, 200 Main Family Salon, First Bank, the Blue Porch, Antiques and More and First National Bank. Admission is $12 for adults and $6 for children 2 to 11 years old.

The circus is in fact the oldest form of entertainment. In North America, the circus has traditionally been a favorite of both young and old for many generations. Before the advent of television, circuses provided a unique form of entertainment that made its coming to town a grand celebration.