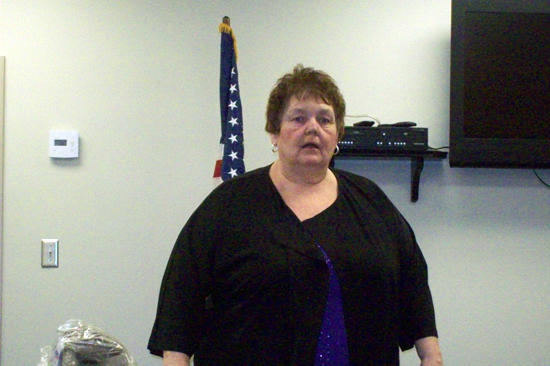 The Cannon County Chapter of The American Cancer Society announced during their Relay For Life kickoff rally Monday that 10 teams have already signed up to participate in the event.

The annual event at Dillon Park has been moved up to May 4th after originally being scheduled on May 18th. The reason for the move is that the event didn't want to conflict with Good Ole Days which was also taking place that weekend.

Relay for Life is a fun overnight team event that raises awareness of cancer in the community and raises much needed funds to fight cancer.

During the Relay For Life, teams of friends, neighbors, families and co-workers commit to keeping at least one member walking the track at all times. Ten or more friends, co-workers or family members come together to form a relay team.

Each team submits a registration fee and each member raises at least $100 to support the American Cancer Society's research, education, advocacy and patient service programs.

There are many ways to get involved in this year's Relay For Life. People can get involved by forming a team, joining the planning committee, being a sponsor or just giving support with a contribution.

The next meeting for the Relay For Life is March 12th at 5:30 p.m. in the boardroom of the Stones River Hospital.

To start or join a team or just for more information visit www.relayforlife.org/cannon or call Korie Aycock at 615-542-6970.