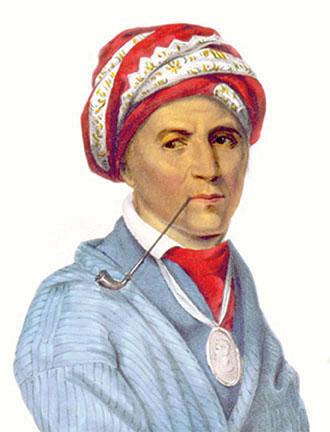 For centuries, Rutherford and Cannon counties have been recognized as "sacred ground" by Native Americans because the Trail of Tears pierces the geographic heart of Middle Tennessee.

Historic highway markers are located throughout Cannon and Rutherford, depicting the route of the now infamous Trail of Tears, dating back to 1830 when President Andrew Jackson enforced the Indian Removal Act.

And for 33 consecutive years now, tribes from throughout the U.S. and Canada have worshiped here during a three-day festival known as the Tennessee Indian Education Pow-Wow hosted by the Native American Indian Association of Tennessee, described Smyrna resident Sally Wells, a Choctaw tribal leader.

"This being the site of the Trail of Tears, where thousands of our ancestors perished on that hateful forced evacuation of our people, is an important reason why so many different tribes turn out every year for our Pow-Wow held at Long Hunter State Park," Wells noted. "Last year, we had more than 45 tribes from throughout the U.S. and Canada come for worship here in Middle Tennessee."

This year's Pow-Wow is set for Oct. 17, 18 and 19, the first day, a Friday, being free to school children and seniors.
"We instruct our children this is the ground beneath their feet where the ashes of their ancestors rest," Wells added. "Our Pow-Wow is a fun event, but also a sacred event. Simply put, our Pow-Wow is a gathering of American Indians who come to pray, dance, celebrate, laugh and socialize."

'Long Hunter State Park has kindly allowed us to use their facilities, so convenient parking will be available," Wells described. "Seating in stands is available, but folks can bring lawn chairs and quilts."

In addition to spiritual ceremonies and dancing, Indian crafts people will be showing their creations.

"You don't want to miss the Indian Tacos, the chili, the homemade hominy and Indian fry bread," added Wells.
She described some Pow-Wow etiquette: "Respect the elders, as they perform in song and dance. Don't touch the performers or their regalia. The ornaments and regalia are considered sacred objects.

"And when the Indian National Anthem is sung, when the American Flag is raised, all should stand quiet, and remove hats," Wells noted. "And before you take a picture or make a recording, please get permission."