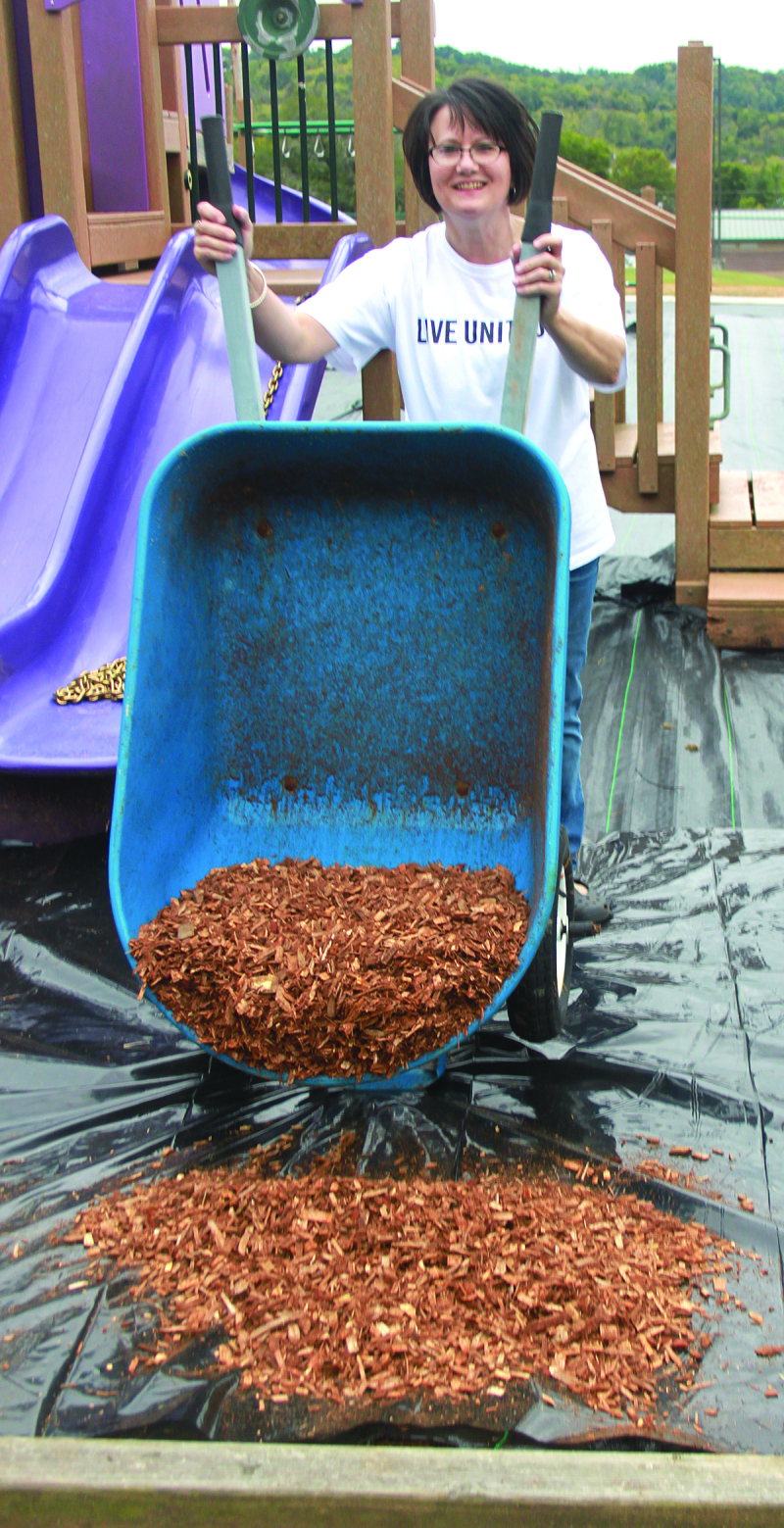 Deborah Shahan 'mans' the wheelbarrow while ,front, Ingeborg McCann and Alan Corley scoop up and spread wood chips at the Woodbury Grammar School playground as part of a United Way project.

Most of the volunteer workers were from St. Thomas Stones River Hospital and included hospital administrator Sue Conley and her husband Alan Conley.
The United Way of Rutherford and Cannon Counties partnered with Cannon County Schools, Murfreesboro City and Rutherford County Schools on the project to refurbish playgrounds and common areas.

Companies and organizations are asked to adopt a playground by sponsoring materials and providing volunteers for the project.

The event aligns directly with two of United Way's priority issues in health: healthy eating and physical activity, and supporting healthy choices. According to the Center for Disease Control and Prevention, regular physical activity in childhood and adolescence promotes psychological well-being and can improve students' academic performance, such as concentration and attentiveness in the classroom.

This year's Hometown Huddle event is in memory of Carl Quakenbush of Murfreesboro who passed away following a bicycle accident in August. Quakenbush served on the United Way Board of Directors, and as a volunteer, was vital to the success of many United Way initiatives. Quakenbush served countless hours during the 2015 United Way Volunteer Income Tax Assistance (VITA) program, where he provided tax preparation assistance for qualifying individuals.

"The theme of this year's Hometown Huddle was developed from a quote Carl Quakenbush recently gave while being honored as United Way's Volunteer of the Month: 'Do Simple Things that Deliver Big Things to Others.' We are grateful to Carl. His volunteerism had far reaching effects for people in our community," said Lisbeth Couser, Director of Community Engagement for United Way, "his efforts will continue to impact those in Rutherford and Cannon Counties for years to come."