Plant sale in honor of Jake 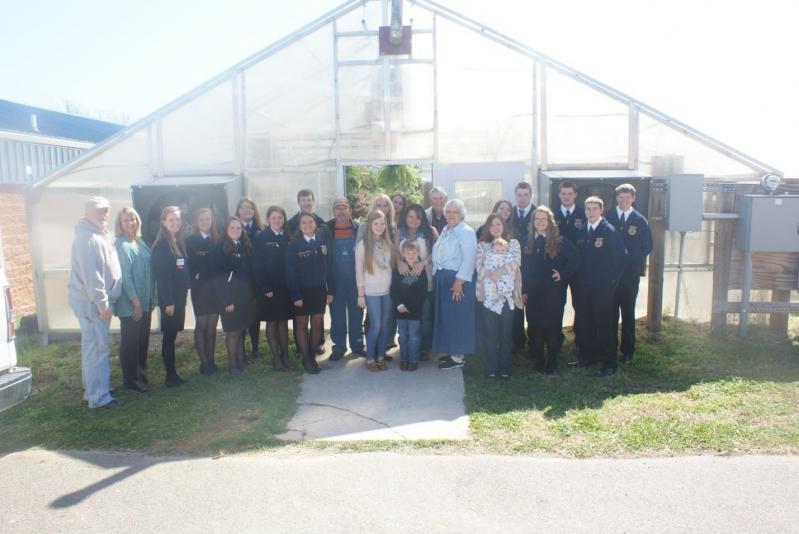 On Wednesday April 16th, the 2013-14 FFA Officers, Advisors, Director of Schools, Chairman of the School Board, CCHS Administration, and members of Jake’s family held a dedication ceremony at the CCHS greenhouse. The Woodbury FFA Chapter dedicated this year’s plant sale in memory of Jake Bush.

Jake died in a tragic accident in 2006. Jake Bush enjoyed three main things: hunting, fishing, and 4-wheelers. In 2005-2006 Jake was named Vice President of the chapters opening/closing ceremonies team as well as running for a class representative although he was not elected, Jake never gave up. At the beginning of his sophomore year Jake worked hard and was elected Mr. Melton’s 1st Period Class Representative for 2006-2007.

Teacher Courtney Nichols, who runs Cannon County High School's greenhouse program, said Jake was “a special individual that could light up a room with just a smile. He always had a love of the outdoors and of agriculture”.

According to Nichols, the plant sale will be held at the CCHS Greenhouse Monday through Friday from 8 a.m. to 4 p.m. For more information, please contact 563-4875.