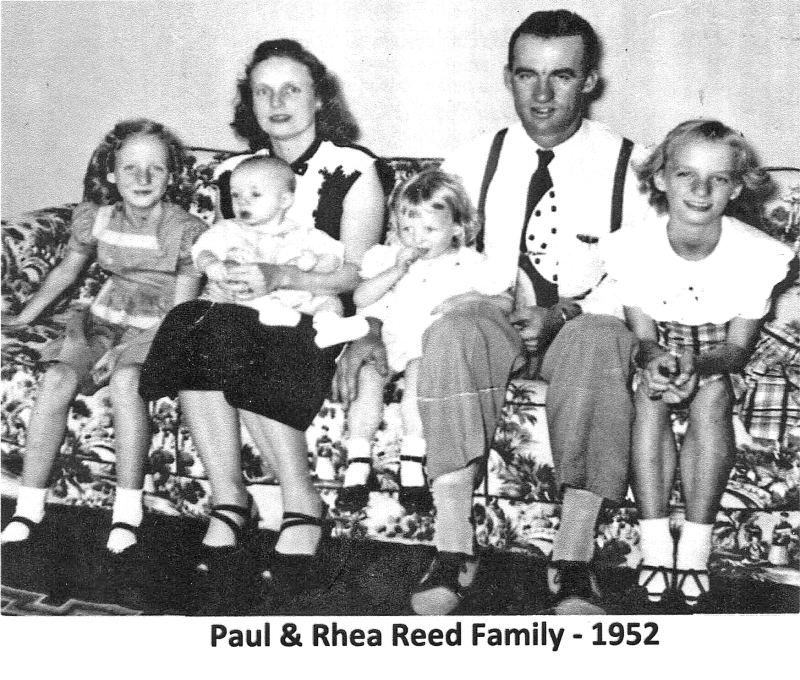 He was born and grew up in the Curlee community, became a member of the Curlee Church of Christ at an early age and attended church there for many years. He attended Woodbury Church of Christ in his later years. He was a farmer, Tennessee Farm Bureau insurance agent, and co-founder of Paul L. Reed Furniture Company. He was a good Christian, husband, father and friend and an honest man in all of his dealings.

"Paul Reed was a pillar of the community. I've got some fond memories of him. He was a good man and a hard worker that could be depended on for many community projects," said Charlie Harrell, Woodbury's vice mayor and former competitor with Reed.

"He was Cannon County's first Farm Bureau agent and we were competitors in the right way. We grumbled a little bit back and forth, but we remained long time friends," Harrell said. "He helped a lot of people in a very quiet way. He will be missed.""Paul was a important leader who followed along the lines of Dr. (Carl) Adams. Dr. Adams put a lot of stock in Paul Reed and supported what he was doing in the community," Harrell said.

"I've always admired that man," County Executive Mike Gannon said. "I've known him my entire life and admired him for what he did for the community. He grew up poor, but worked hard and achieved so much. He will be sorely missed ."

"Paul was one of what I call Cannon County's Big 4 ... Bill Smith, Dude Northcutt, Hal Larimer and Paul Reed. For 50 years or more they helped the people of Cannon County in so many ways from providing a guiding hand on up," Bryson said.

Most importantly, together and separately, Smith, Northcutt, Larimer and Reed provided guidance that helped the people of Cannon County survive and prosper.

Reed was already a major advertiser at the Cannon Courier, when Bryson started work there in the 1960s.

"Paul was a great man ... one of the best in Cannon County and Woodbury for as long as I can remember. When I started work at the Cannon Courier, he was already advertising and he had ads every week or every other week," Bryson said.

Most people don't really think about it, but Reed's store provided a major service to the residents of Cannon County. You could shop there and trust him. You didn't have to leave Woodbury. Paul helped others by handling his own financing, which was something they couldn't get out of town.

"Like most of us, Paul started out poor. His first business was selling Black and White tea out of the trunk of his car. He started with the basics and worked his way up adding furniture and TVs . He bought two stores on the Square and built his own building," Bryson said.

"He was such a great asset to Woodbury and Cannon County," he concluded.

Funeral services were held at the Smith Funeral Home with interment at the Riverside Gardens Cemetery.