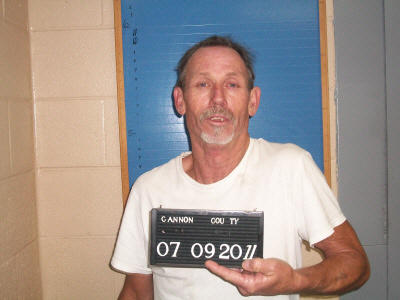 The bust of a marijuana growing operation on July 9 on Payton Lane resulted in charges being filed against two men.

Cannon County Sheriff’s Deputy Brandon Gullett found on Griffith’s property a trail that went from his yard into a wooded area beside and behind his residence, where 149 marijuana plants were found. This occurred after Deputy Gullett found marijuana growing near his residence and a trail that led to his back porch. Fifteen feet from his back porch several marijuana plants were found growing.

Griffith was also found to have in his possession a clear plastic baggie containing a green leafy substance believed to be marijuana. It was found in the right cargo pocket of his shorts while he was being questioned for manufacture of marijuana on his and an adjoining property.

At Nokes’ residence, deputies found three marijuana plants growing in a black flower pot inside the yard. Upon further investigation, a trail leading from the same yard lead to four plots containing 149 plants in all.

Bond for Nokes was set at $20,000. Griffith’s bond was set at $20,250. Both are scheduled to make their initial appear in Cannon County General Sessions Court on Sept. 6.

Print
Members Opinions:
cuntry
[Delete]
Curious ?? When did Cannon County get rights to go into another county and serve warrants and arrest folks??? It doesn't mention that Dekalb County assisted in any of this.
[Delete]
it does not matter cuntry law enforcement makes their living enforcing the law and also doing whatever the heck they want no matter if is against those same laws they enforce!!!
[Delete]
Payton Lane is in Cannon County.
cuntry
[Delete]
This address looks as though its in Smithville. Isnt that Dekalb County? Both Ricky Shannon Nokes, 225 Payton Lane, Smithville, and Maurice Lee Griffith, 251 Payton Lane, Smithville, are charged with manufacturing of marijuana.