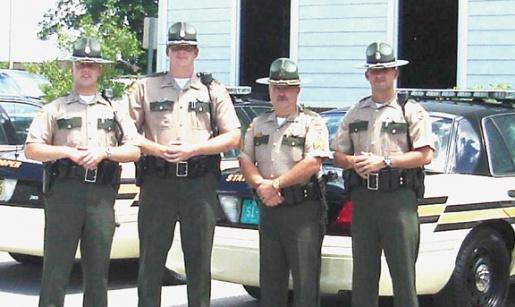 After 19 weeks of intensive training in THP Cadet School, these three new Troopers have begun the 10-week Field Training Program. They will be with veteran Field Training Officers during this final phase of training.
“I am very excited to have these men join our work unit. Myself and their training officers are going to do everything we can to get their career of to a good start,” Sergeant Prater said.

The officers are assigned to the Cookeville district of the THP.