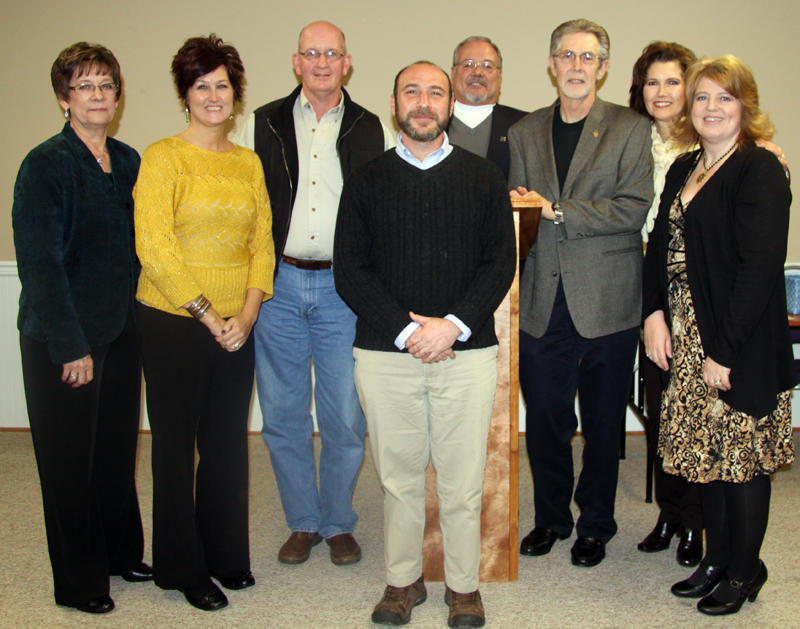 New officers and board members for 2012 were introduced during the Cannon County Chamber of Commerce annual banquet Tuesday (Jan. 24).

The retiring officers and board also were recognized. They were Doug Combs, Mindy Gunter, Mike Vaughn and Jacque Head.

Save A Lot - Jim Myers was recognized as a new business member.

Billy Kaufman with the Short Mountain Distillery was the guest speaker and informed those in attendance of the distillery operation on Short Mountain and answered audience questions.