Naylor Inducted Into 911 Hall Of Honor 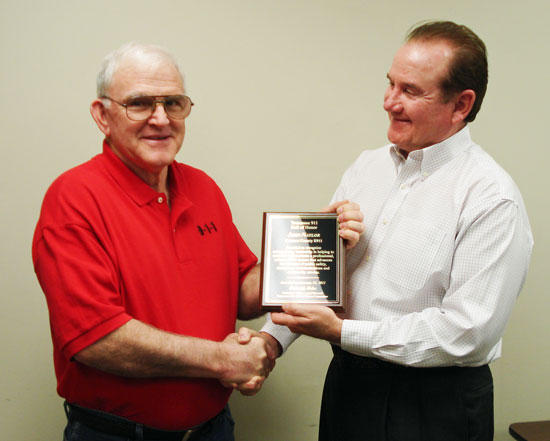 The Tennessee 911 Hall of Honor inducted its charter group during ceremonies held in Gatlinburg, January 25. Among the first group of inductees was John Naylor, Chairman of the Board of Directors of the Cannon County 911 District. Mr. Naylor currently also serves as the Chief for the West Side Fire Department. He is a founding member of the 911 Board, created in the 1990’s

Mr. Naylor was cited for leadership in facilitating countywide emergency communications through the 911 Center now managed by the 911 District under an agreement with the County and the City of Woodbury.

"911 communications in Cannon County has significantly improved in professionalism and capability under Mr. Naylor's leadership," said Mr. Chris Masiongale, President of the Tennessee Emergency Number Association (TENA), who participated in the induction ceremony. "John Naylor's ability to bring together local elected officials and leaders of all emergency services, has resulted in these achievements. He deserves recognition as a member of the 911 Hall of Honor," the TENA President added.

"Each plays an active role in managing the Board and overseeing the relationship between the local governments and the District, and insuring that the latest technology and 911 equipment is provided to the 911 Center," he said.

"They are the team that brings everything together to respond to our citizens in times of emergency," he said.