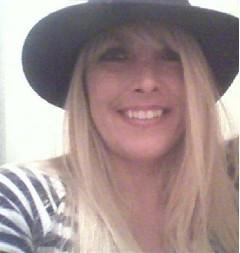 Arrested in the case is Robert Troy Whipple, 47, identified as a homeless Cannon County resident.

by Franklin County Sheriff's Deputies and the Tennessee Highway Patrol.

Haley's body was discovered in the Taurus after Whipple was apprehended by Franklin County Deputy Sgt. Milton Brinkley following a brief chase on foot.

Authorities said Whipple had ditched his car in a field off a dead-end road in Decherd, but Brinkley stopped the suspect a short distance away. Turning around to control the deputy, Whipple was armed with a long, hunting knife which he sliced Brinkley's right wrist and hand.

The deputy pushed Whipple away and officers were able to take him quickly into custody. Briinkley was treated and released from Southern Tennessee Medical Center. Following the deputy's injury, the Tennessee Bureau of Investigation took over the case.

Only after Whipple was in custody did police discover Haley's body. Preliminary autopsy results indicate that Haley died of blunt force trauma to the head.

Police had pursued Whipple after he was spotted lingering at a stop sign. They suspected that he was driving drunk.

Whipple was intially charged with DUI, manufacture/delivery/sell of schedule II, possession of drug paraphernalia, habitual offender of a motor vehicle, felony evading, resisting arrest and aggravated assault.. Charges are pending in Haley's death. Whipple is being held in lieu of a $1 million bond.

Whipple is scheduled to appear in front of Sessions Court Judge Thomas Faris at 8 a.m. on Aug. 14.