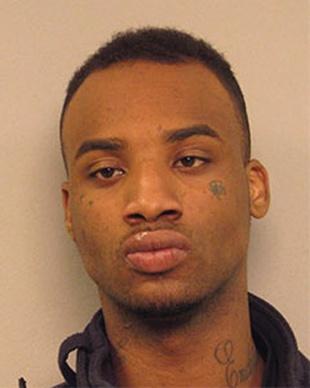 Griffin faces criminal homicide charges for the death of Moore, who had worked in Nashville for nearly 40 years as a Yellow Cab driver.

Metro Police said additional arrests are anticipated in the case.

Griffin, 20, of Derrick Court Nashville, was developed as a possible suspect early in the investigation. Detectives located him Wednesday, Oct. 31 afternoon. During an interview, Griffin admitted to his involvement in the murder, which he said occurred during a robbery.

"It was his belief that a lady and her child needed to go to Vanderbilt hospital," said Yellow Cab President and General Manager Doug Trimble.

It was far out of his way, but there were no other available drivers, so he agreed to go across town to pick up the female caller who said it was an emergency.

About a block from the intersection, someone pulled out a gun. The shot shattered his driver's side window.

The cab crashed a block in front of a church, across from a school.

The investigation into this murder case remains active.  Griffin is being held in lieu of $750,000 bond.

Griffin was previously arrested in April for waving a gun at a group of people and threatening to "shoot everybody."

When police found him, they discovered that he had handed the gun off to a minor.

He was found guilty of two counts of aggravated assault and contributing to the delinquency of a minor for giving a weapon to a juvenile.

Griffin is scheduled for sentencing on the charges on Nov. 28.