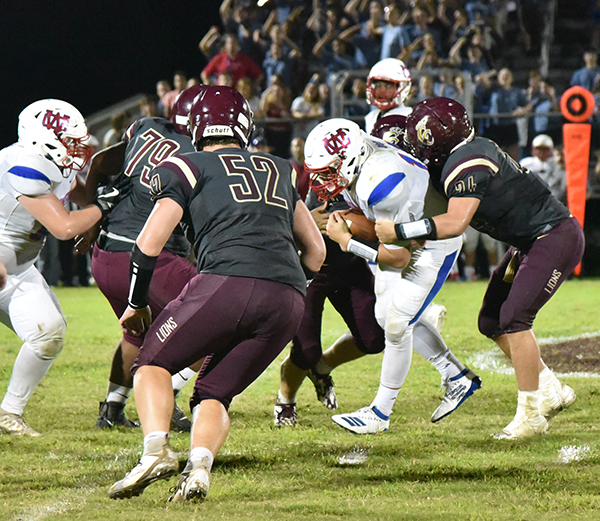 Somebody will pick up win number two of the season as the Cannon County Lions host the Sequatchie County Indians this coming Friday night in Woodbury. Both teams are 1-1 and this game will serve as the region opener for the pair.

South Pittsburgh got the best of their rival Indians for the third consecutive year 21-6 to open the season. The Indians then bounced back and collected a third consecutive win over Marion County as they held the Warriors' two -point conversion attempt with 3:00 left to go to seal the win 26-24.

The Lions bounced back from a penalty-riddled loss to White County in week one with an impressive 20-7 victory over Warren County.

Last season the Indians beat the Lions 42-13 but the game was much closer than the score indicated. Cannon stayed in the game well into the fourth quarter before the Indians were able to break away and take home the win.

The Game is at Fred Schwarz Field and will start at 7:00.

For complete overage of the win over Warren County see this week's print edition of the Courier.