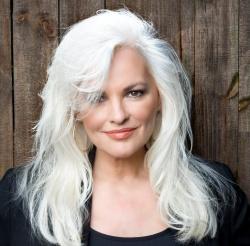 The contribution funded venue kicked off its 2012 concert series with the Academy of Texas Music 2011 Vocal Group of the Year, 2 Bit Palomino.

The audience was enthralled by the trio consisting of Bill Ward, and Ren and Andi Renfree as they sang about, “Buffalo Grass”, a song written by Andi and recorded by famous cowboy singer, Chris LeDoux, and “2 Bit Palomino,” by Bill Ward; a song lamenting the disappearance of the 25 cent pony that used to be outside of grocery stores.

Benita Hill has had two number one songs recorded by Garth Brooks and she’s not even country!  In the world of jazz, Benita’s one-two punch is hitting its mark.  The former background singer for the Allman Brothers Band released her first critically acclaimed CD, Fan the Flame, and established herself as a silky-voiced stylist performer and hit songwriter.  Hill’s songs have also been recorded by Isaac Hayes and Kirk Whalum, among others.

Benita has brought her original music and vocal stylings to audiences everywhere from Chicago to New York, Houston, London, Dublin and Rome, and now to Liberty TN!  This will be a very special evening you don’t want to miss!

Doors open at 6:15 p.m. and the music starts around 7 p.m.  Feel free to bring your beverage of choice to share, or enjoy the coffee, tea, and spring water that is always provided.  There will also be some “cocktail hour”  type finger foods to munch on before the show and you’re welcome to contribute.  Suggested contribution for the music is $15.

Jazz yourself and join us!

“Our goal continues to be about bringing professional performance artists into our community. After doing this for a year now, we're pleased and grateful for the local support we've received. We have no cover charge, only a 'suggested contribution jar,' and we seat about 40 people. Yet, the musicians keep coming, the audiences keep arriving and their generosity is overwhelming," Harris said.

"One of the things I often hear is how our patrons love the intimacy of our performances and the incredible sound of the room itself – we don't use microphones except for recording purposes. Then of course, there's Taylor Pie, our Music Director who connects with top notch performers like Patrick Ball, a world renowned Celtic harp player who came last July."