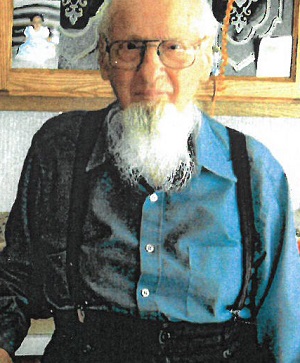 Kenneth R. Fingerle, 99, Woodbury, Tennessee, formerly of North Manchester, Indiana, passed away peacefully at his daughter's home on November 11, 2020. Born on November 21, 1920 in Flint, Michigan, Kenneth is the son of the late Daniel A. and Anna Maude (Miller) Fingerle.

On January 15, 1944 Kenneth married Anna Mae Blocher. The two were wed for one day shy of their seventieth anniversary before Anna passed away on January 14, 2014. For twenty-one years Kenneth worked at the North Manchester Foundry to support his family, before retiring in 1984. Kenneth was a humble, patient, thankful, and faithful man. He was a member at the Old German Baptist Brethren Church in North Manchester, Indiana. Kenneth enjoyed the peacefulness of fishing.

For those who wish to honor the memory of Kenneth R. Fingerle, memorial contributions may be made to SunCrest Home Health, 121 North Irwin Street, Manchester, Tennessee 37355.

Arrangements are entrusted to McKee Mortuary