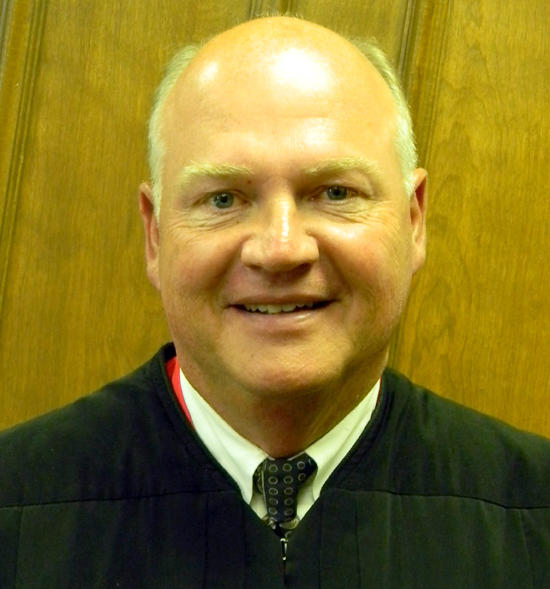 Circuit Court Judge Don R. Ash of Murfreesboro will step down from the 16th Judicial District position he has held for 18 years to take senior judge status effective Sept. 1, 2012.

Senior judges are appointed by the Tennessee Supreme Court and may be assigned on a temporary basis to hear cases in any state court. With the addition of Judge Ash, there will be four senior judges statewide.

A successor to Judge Ash will be appointed by Gov. Bill Haslam to serve until 2014 when the office will be on the ballot. Applicants seeking the appointment will be screened by the state Judicial Selection Commission and three names will be presented to the governor for consideration.

Judge Ash submitted the following statement regarding the appointment:

“I am truly honored the Tennessee Supreme Court has appointed me to serve as a Senior Judge for our great state.  The opportunity to try all types of cases across Tennessee, as well as sitting on various appellate courts, will certainly be a challenge but I am truly excited about this new phase of my judicial career.  I am also grateful the Court has agreed to let me continue to serve in my current capacity until Governor Haslam appoints someone to replace me on the Bench.

I would be remiss if I did not thank the citizens of Rutherford and Cannon County. Being elected in 1994, and re-elected in 1998 as well as 2006, gave me the chance to be a public servant. I will always be thankful for the eighteen years I was a Circuit Court Judge for the 16th Judicial District. The lessons I learned not only made me a better judge but also a better person. I did my best to honor the position in which the citizens placed me.

The Circuit Court Clerk’s office as well as the Drug Courtstaff and the participants have been a blessing in my life. During my time on the Bench, serving with the late Chancellor Whitney Stegall and Judge Jim Clayton gave me tremendous insight about judging.  Judge Steve Daniel set the standard for me of how a judge should work to improve the perception of our branch of government. My current colleagues, Chancellor Bob Corlew, Judge Royce Taylor, Judge Mark Rogers, and Judge David Bragg, are simply the finest individuals I have ever worked with in my entire life. They each are persons of integrity, caring hearts, great minds, and a desire to follow the law. They don’t only talk about justice but exemplify it every day.

In closing, the ‘Prayer of Jabez” includes a request of God to expand our territories in order to glorify Him in what we do and say. I now fully understand the ramifications of that prayer.  My wife, Rita, and I plan to remain in Murfreesboro and continue to be active in our community.  It will always be home.”

Judge Ash has served the 16th Judicial District Court which includes Rutherford and Cannon County since 1994. In addition to his regular docket, he is the presiding judge of the 16thJudicial District Drug Court and DUI Court.  He has authored over thirty appellate opinions while sitting as a Substitute Judge for the Tennessee Court of Appeals. Beginning in 2009, he has taught Civil Procedure at the Nashville School of Law.  Judge Ash received his bachelor’s degree from Middle Tennessee State University, his law degree from theUniversity of Memphis and a Master of Judicial Studies degree from theUniversity of Nevada, Reno.  He and his wife, Rita, have been married for over twenty-five years, have four children, and two grandchildren. They attend First United Methodist Church in Murfreesboro.

He has received numerous awards which include the Leadership Rutherford/Chamber of Commerce Pinnacle Award for Outstanding Community Service, Distinguished Service To Families Award – Tennessee Association For Marriage and Family Therapy, and the Rutherford County Community Service Award - Lifetime Achievement. In 2006, he was designated as a Distinguished Alumnus of Middle Tennessee State University and was recently inducted into the Tennessee Boys and Girls Club Hall of Fame. Judge Ash is the author of “A Bridge over Troubled Water: Changing the Custody Law in Tennessee,” Universityof Memphis Law Review, which became the catalyst for the change of numerous domestic relations laws.  He also co-authored   Children of Divorce: A Practical Guide for Parents, Therapists, Attorneys, and Judges, Bernet and Ash, Kreiger Publishing, 2007.

He is a past president of the Tennessee Judicial Conference. In 1998, he was appointed by the Tennessee Supreme Court to the Tennessee Court of the Judiciary which oversees judicial conduct for all Tennesseejudges, and served as presiding judge in 2007 through 2011.  He is an alumnus of the National Judicial College and joined its faculty in 2001 regularly teaching courses involving judicial ethics, self-represented litigants, divorce law, and the operation of Drug Courts.