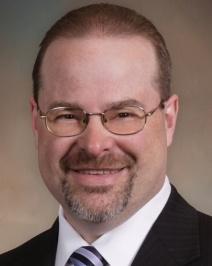 Middle Tennessee Electric’s Board of Directors has named Chris Jones as the cooperative’s new president. Jones, MTEMC’s Vice President of Communications and Member Services, will succeed Frank Jennings, who has served as president for 11 years and has been with MTEMC for more than 42 years.

“The board unanimously voted for Chris to be president,” Jennings said. “His reputation and abilities speak for themselves, and he’ll do a great job leading this company.”

Jones is an alumnus of the University of Tennessee, where he graduated top of his class in the College of Communications in 1988. He has served MTEMC as vice president of communications and member services for the last 11 years.

“I am honored and humbled by the opportunity to serve Middle Tennessee Electric’s members in this capacity,” Jones said. “I look forward to working with and supporting our board, senior staff and the MTEMC employee team. I’m also honored to follow a leader like Mr. Jennings, and I’m grateful I will have several weeks to spend with him in transition.”

Jones, who officially takes office April 1, lives in Murfreesboro with his wife, Bonita, and daughters Cayln, 15, and Chrisln, 12. He attends Forest Mill Baptist Church in his native Manchester, where he is a deacon.