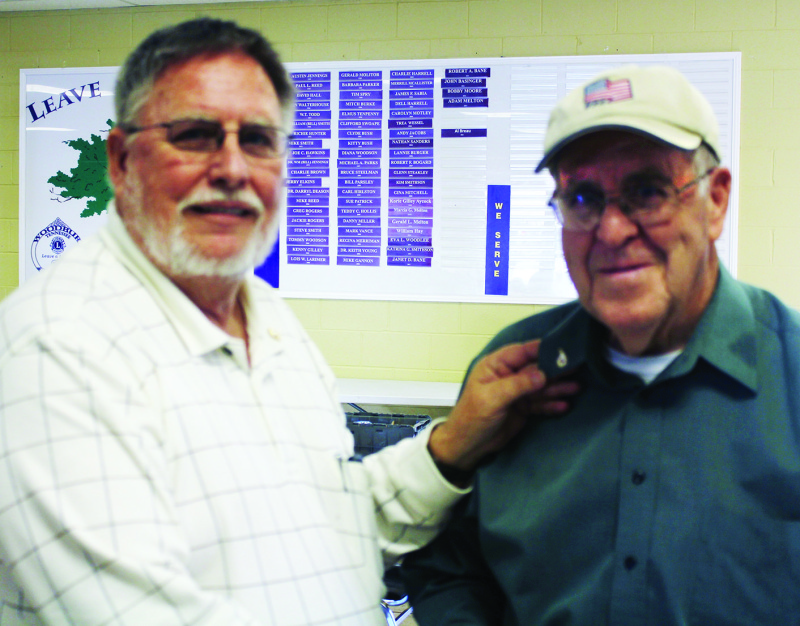 It's hard to imagine one person giving 25 gallons of blood, but it can be done, a pint at the time, as Howard Witty has done over the years. He gave his 200th pint at the Woodbury Lions Club blood drive in November.

One can give whole blood every 56 days, or 6 times per year. To give 200 pints would take 33 years and 4 months according tp Red Cross regulations. The only times Howard has missed giving was when he was on mission trips outside the United States and they can be counted on the fingers of one hand.

A pint is normally broken down into three units that can possible be transfused to three different individuals. This translates to the fact that 200 pints of blood could help save the lives of 600 people! This qualifies Howard Witty as a hero and he is to be commended for his devotion to helping people he will never know.

There are many regular donors that appear often if not every time the Lions Club Blood Drive is held which is the third Thursday every other month. The next drive will be January 18 from noon to six p.m.

Print
Members Opinions:
Rockergrrrl
[Delete]
These people are TRUE heros and should be recoginized as such!