Honored for their service to Cannon County 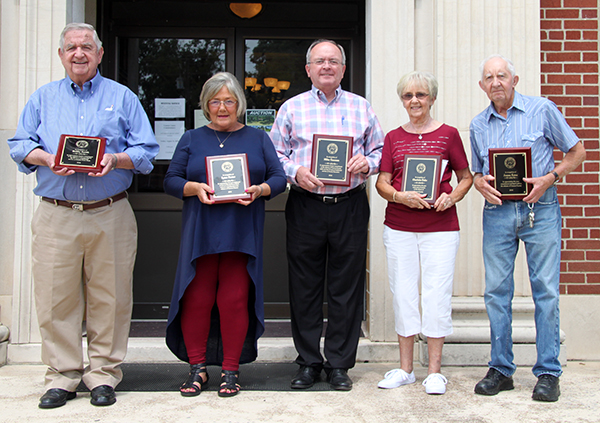 Five longtime public servants were recently honored for their work at the Cannon County Courthouse. From left are Bobby Smith, who is retiring as County Clerk after 40 years; Lynn Foster, who is retiring as Circuit Court Clerk after two terms in office and 40 years as a employee of that office; Mike Gannon, who is ending a record four terms as Cannon County Executive; Charlotte Duke, who served as one of Gannon's office administrators for a majority of his tenure; and James Estes, who has served many years as maintenance worker at the courthouse.