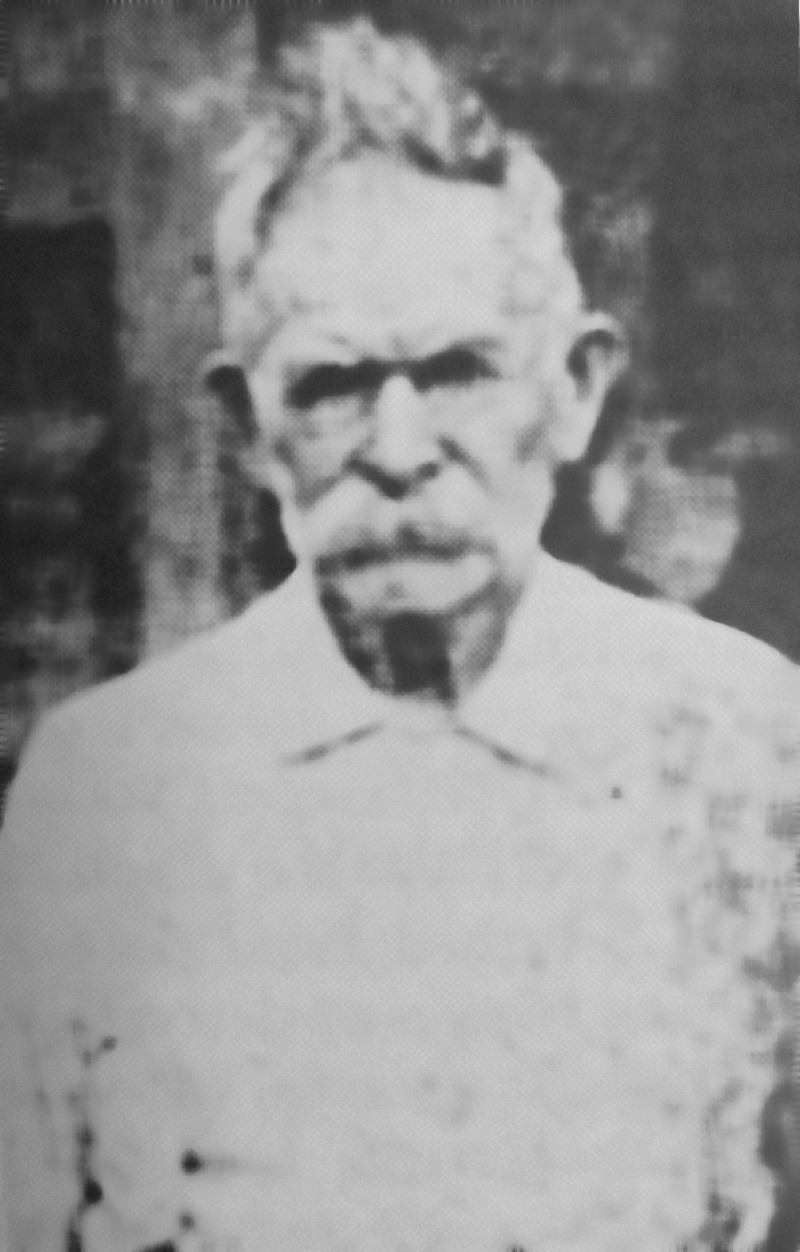 As a boy growing up near the old town of Bradyville, my own father would make frequent visits to his grandparent's farm located where some called the Tolbert Hollow. The Tolbert Hollow was just south of a community called Bradyville.

This old farmstead was located in the southwestern regions of Cannon County near a ridgeline that bordered the counties of Cannon and Coffee. It was traditionally known as the headwaters of the Brawley Fork Creek, however nobody called it that in those days. My great-grandmother, an independent minded woman, lived on that old farm for many years after her husband's death.

My father, being a boy as he was, sometimes by horseback, would ride over several miles of ridges and hollows that separated the Bush homestead from the Polk Sagely farm. The farm was located near the village of Gossburg. He enjoyed visiting, who everybody called, "Uncle Polk," known widely in surrounding communities as a great storyteller. Uncle Polk married his grandmother's sister.

Blake Leander (Polk or Pope) Sagely was born in the Dug Hollow branch of the Brawley Fork (Cannon County) on Christmas day 1845. It's been told that one of Polk Sagely's forefathers was first to live in what later became Cannon County, exploring the upper areas of this Brawley Creek when it was still "Indian land."

Whether the story is entirely accurate or not Sagelys did indeed settle near a ridgeline where an ancient fort is believed to have once stood - "some forty miles south from the main waters of the Cumberland River."

There was indeed a pioneer settler named John Sagely that lived next to this ridgeline in Tennessee's earliest history. He is considered by many to be "Uncle Polk" Sagely's grandfather.

The late judge and county historian, Sterling S. Brown (History of Woodbury and Cannon County, 1936) writes in his book about a man named "Blake" Sagely as being the first settler to live along these upper waters that later became a part of present day Cannon County. Could this same John Sagely's father, also named Blake, who also settled along these waters?

Polk himself moved from the Sagley family ancestral home in the Dug Hollow Branch of the upper Brawley Fork in 1882 to a farm at the old community of Gossburg in in Coffee County. These valleys just south of this ridgeline have a long tradition about early pioneer settlers living in that area, as well a stories about early forts and grist mills.

A popular past-time of Uncle Polk was sitting on the front porch of his farmhouse in a "straight-back chair"-- "tilting the chair back against the wall to take occasional naps." He talked to passers-by as they moved along the old road. The old farmhouse sat almost to the very edge of a busy Gossburg Road.

"Uncle Polk" Sagley, as most local people had nicknamed him, joined the Confederate army just a few months before he turned sixteen. A company of 130 men were organized under a captain Nichols who came to the town of Bradyville in the fall of 1862, recruiting men for a cavalry unit. The men had to furnish their own horses. This would become the 8th Tennessee cavalry, organized under the old 4th Tennessee.

This was one of two cavalry units formed in Cannon County during that fall of 1862. Confederate General Braxton Bragg along with a rebel army stationed at Chattanooga, was calling for more troops under the new conscript law recently passed by the Confederate Congress. General Bragg, newly appointed commander of this army, had put forth a plan to the Richmond high command. It included an invasion of Kentucky. This bold plan also included the installation of a Confederate governor there.

Kentucky, considered a "border state" that separated the Confederacy from the Union, was very much divided over the issues of secession. President Lincoln, at the onset of the war, described Kentucky as essential for the survival of the union. General Bragg believed Kentucky could be moved to the side of the Confederacy?

The men that captain Nichols recruited came from the surrounding areas of Coffee, Cannon and Rutherford counties. Polk's older brother John was given a commission as second lieutenant. A Dave Youree and Frank McKnight were also given commissions. John Sagley had served in the Confederate army previously, and was captured at Fort Donelson back in the spring of that same year. He was later released from Fort Butler, Springfield Ill., either as an exchange or an escapee. He was able to make his way back to his parent's home in the old Dug Hollow of the Upper Brawley Fork.

John was now leaving again to fight for the Confederacy.

It is also believed a "Doc" Taylor, a young physician "reading medicine" under a Dr. Stephen Woods at Bradyville, joined-up also. He would serve as a field surgeon for the duration of the war. ( continued)