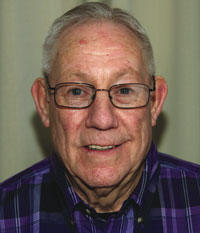 DEPUTY DARRELL LONG
When former President Jimmy Carter came to Nashville back in October 1980, a stalker followed him with the probable intent of shooting the president, according to recently released government documents.

“John Hinckley Jr. was in Nashville the same day (Oct. 9, 1980) Jimmy Carter was at Opryland Hotel and making appearances at other sites in our city,” confirmed Smyrna resident Darrell Long, who was one of the security officers who arrested Hinckley at Nashville International Airport. “But, we nor the FBI put it together that Hinckley was actually stalking President Carter. We had nothing to connect Hinckley with stalking Mr. Carter.”

Until recently, these historic facts have never before been made public.

The arrest occurred approximately six months before Hinckley fired on former President Ronald Reagan in Washington, D.C., in a crazed attempt to impress actress Jodie Foster, whom he had a fixation on after watching one of her movies more than 15 times.

The assassination attempt wounded Reagan, White House Press Secretary James Brady and several others, and it occurred only months after The Gipper had taken over the presidency following Carter’s term of office.

“President Carter was in town all that day, and left the city before Hinckley got a shot at him,” described Long, who today serves as a deputy with the Rutherford County Sheriff’s Office as chief of security for judges and the public at the Judicial Building in downtown Murfreesboro. “President Carter left Nashville en route to New York for a United Nations meeting before Hinckley could make an assassination attempt. Hinckley did not get the opportunity to fire at the president while he was here.”

The fact that Hinckley was arrested and detained at Nashville International Airport on that date possibly helped prevent an assassination attempt on Carter.

“Hinckley also had a ticket to fly to New York when we found weapons in his suitcase,” Long recalled. “President Carter’s next stop on Air Force One was also New York.”

And Hinckley would have followed if an X-ray of his luggage in Nashville had not revealed weapons inside.

“We found three guns in Hinckley’s suitcase that day,” Long added. “We called the FBI, knowing that they would have jurisdiction because Hinckley had also purchased a ticket to New York. We followed procedure and instructions from the FBI to handle Hinckley through local jurisdiction, which we did. After his arrest, we transported Hinckley to the Metro Jail in downtown Nashville, as instructed by the FBI, where a judge let Hinckley go after posting a small bond.”

“When the assassination attempt on President Reagan’s life happened, the pieces fell into place that Hinckley had been in Nashville stalking President Carter the same day we arrested him here in Nashville,” Long confirmed. “The FBI, after President Reagan was shot, was quick to trace Hinckley back to our city.

“We had confiscated Hinckley’s three guns – a .38 and two .22-caliber pistols – and still had them locked up when the FBI came and took the weapons off our hands, following the assassination attempt on President Reagan,” Long added. “This is when the U.S. Attorney General in Nashville came unglued, upon learning Hinckley had slipped through the system without a red flag going up. That’s when the U.S. Attorney (in Nashville) ordered the FBI, in future instances involving weapons on planes, to be prepared to be at Nashville airport within 30 minutes anytime we called about weapons in the future.”

Following the attempt on Reagan’s life, an associate of Long on the airport security staff was called to the Capitol to testify in a congressional hearing about how Hinckley went undetected as a possible assassin.

“We had no choice to do what we did,” Long said about the orders from the FBI.

He also described his encounter with Hinckley when airport security seized his weapons.

“I recall he seemed a little off mentally when we arrested him,” Long described. “But, there was nothing in his background we could find about him being mentally ill.”

Federal authorities later determined Hinckley had, in fact, stalked Carter. But until now, it’s not been made public that he came close to the president during his one-day trip in and out of the state capitol.

The question remains: Did the FBI or Nashville’s criminal court system drop the ball in 1980 when Hinckley was caught going through Nashville International Airport’s south concourse with three pistols, a pair of hand cuffs and a box of hollow-nose bullets inside his suitcase?

More precisely, did American Airlines personnel fail to act appropriately, when they, according to an official Federal Aviation Administration investigative report, advised Hinckley to “check himself,” which was not uncommon, through an X-ray machine because he was reportedly running late for his scheduled flight to New York?

“(Hinckley) said that American Airlines personnel told him to take his bag on upstairs, that he was late and place it through the X-ray machine himself,” according to an FAA report dated Oct. 9, 1980.

The FAA’s screening activities arrest report dated Oct. 9, 1980, recorded Hinckley’s Nashville arrest: “A John Warnack Hinckley Jr., of Lubbock, Texas, came through the south concourse checkpoint and placed his dark colored suitcase in the X-ray machine. The X-ray revealed that the individuals’ suitcase had three handguns and another object that looked like handcuffs.”

The weapons found included a .38-caliber revolver and two .22-caliber pistols, the handcuffs, plus one box of (50) Winchester cartridges. The cartridges were “high-velocity hollow-point” that explode when hitting the target, according to the report.

John A. Lynch, an airport security officer, made the following hand-printed report regarding Hinckley’s arrest: “The above named individual entered the south concourse check point with one dark colored suitcase. The X-ray machine showed up weapons inside.”

Hinkley was then arrested and transported to the Metro Nashville Jail where Judge William E. Higgins set his bail at $62.50, which Hinckley posted. And he was immediately released.

Higgins set Hinckley’s Nashville court date for Oct. 14, 1980, but he failed to appear, according to Nashville Airport security records. Hinckley’s $62.50 bond was “forfeited.”

Due to Hinckley’s release from custody, what followed six months later was one of the darkest days in American history.

Hinckley stepped out of a Washington, D.C., crowd through Secret Service security and shot Reagan in the left chest, Brady in the left temple, Police Officer Thomas Delahanty in the neck and Security Agent Timothy J. McCarthy in the stomach.

The wound to Reagan proved near fatal, with the bullet coming within a half-inch of the president’s heart, and the head wound left Brady maimed for life. The other two wounded men also survived.

“As a former security person, our system is largely handcuffed when it comes to screening people with mental illness,” Jones said. “It’s next to impossible to access mental health records of an individual, including people like Hinckley. And that’s a major problem… So yes, even with today’s increased airport and other security techniques, in a nation like ours with freedoms to move around at random, it’s always possible for someone like Hinckley to avoid detection.”

“Even with today’s increased national security checks, sometimes just plain luck makes it possible for a would-be assassin to get close to public figures, even a U.S. president,” he continued. “It’s a built-in risk in a nation like ours where personal freedoms are guaranteed by the U.S. Constitution.”

Long acknowledged that in a free society, it’s always a possibility that someone like Hinckley can get within shooting distance of a public figure.

“Sometimes, they just get lucky in getting close to their targets,” Long said.

A veteran security officer, now retired, at the huge Dallas-Fort Worth International Airport in Texas recalled “shock waves” went throughout America’s airports, airlines and government security systems back in 1981 when it was confirmed Hinckley had been caught with firearms in Nashville while apparently stalking Carter.

“What happened in Nashville caused a big rift,” noted retired Security Police Sgt. Robert Terry Reed. “I well remember hearing about the Nashville incident, and remember being asked here in Texas if it could ever happen again. The short answer is ‘yes.’”

“It can always happen when you have the possibility of human error,” Reed assessed. “It’s the price we pay for being a nation born of personal freedoms. What happened on Sept. 11, 2001, has caused a great infringement of our freedoms, freedoms we have been accustomed to for many years.

“We’ve evolved to the point presently of electronic security checks that even show a person’s privates, which have resulted in strong public protests,” Reed added. “Present-day security checks are very invasive to the privacy of some people.”

Reed was asked about security checkpoints in place back in 1980 that let Hinckley go free after being arrested with firearms concealed in a suitcase at a major airport.

“It could happen again, for no system is fool proof,” Reed said. “It’s apparent the Nashville Airport security officers were doing their jobs the best they could with procedures and security procedures and equipment available in the 1980s.”

“At our airport down through the years, we confiscated guns, knives, even explosives in the baggage area,” Reed recalled. “But, when someone sets out specifically to hurt someone, or damage an airplane or airport, there’s no fool-proof system in place anywhere in the world.”

He said at the Dallas/Fort Worth airport, for example, there were more than 20,000 people employed. He noted with that many people working at the airport, not all of those employees would be honest, law-abiding citizens.

“There’ll always be risks, if for no other reasons than bad luck and the human error factor,” Reed concluded. “Where do we go from here? We implement all the latest technology, improve systems, and then, hope and pray for the best.”

Hinkley is one strange dude and has been for a long time.