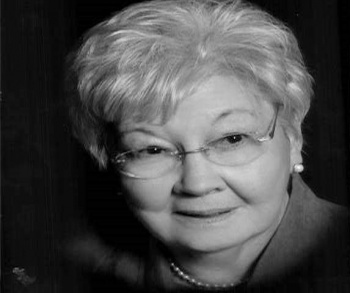 Helen Marie West Alexander died Saturday July 12, 2014 at her Cannon County home. A native and lifelong resident of Cannon County, Helen was born May 24, 1923, the eldest daughter of the late Cling and Lena Todd West.  She was born in a two-room house on her grandfather Forrest West’s farm in the old 8th Civil District, now known as the East Side community.  In her later years she made her home living on a farm in the Readyville community.  Helen was a member of the New Hope Church of Christ, a graduate of Woodbury High School, and received a B.S. degree in education from Middle Tennessee State University.

During World War II she worked as a payroll clerk for Tennessee Eastman in Oak Ridge.  She was active in the sports program there, including basketball, softball, and tennis.  After leaving Oak Ridge, she spent eleven years teaching and coaching elementary and high school basketball at Sanders Fork and Auburntown in Cannon County. She left the teaching profession in 1959 to accept a recreation therapist position with the Physical and Medical Rehabilitation Service at the Alvin C. York Veterans Administration Medical Center in Murfreesboro.  She retired after 30 years of service to her farm in Readyville.  Until her passing she stayed here and enjoyed being surrounded by family, caring friends, and neighbors.

She is survived by her sister Ruth West Pugh of Gassaway along with many nephews, nieces, and cousins.  She was preceded in death by her husband of 50 years, Milton Alexander, her father Cling West, her mother Lena Todd West, sisters, Wavil Bush and Dorothy Earls, brothers Jack D. and W C West, and nephews James Terry Bush and Tommy Pugh.

Funeral services will be 10 AM Tuesday, July 15 at the Chapel of Woodbury Funeral Home with Bro. Howard Knox, Jr. and Bro. Oren Hicks officiating. Interment will follow at Riverside Gardens. Visitation will be from 1 to 9 PM Monday. Nephews will serve as pallbearers, honorary pallbearers will be members of New Hope Church of Christ. In lieu of flowers, donations may be made to The American Diabetes Assoc., The Alzheimer’s Assoc., and The Pulmonary Fibrosis Assoc. c/o Woodbury Funeral Home.